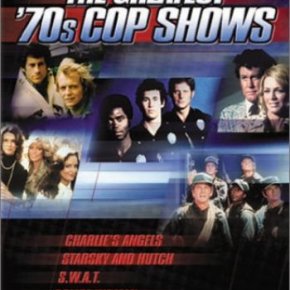 The Greatest ’70s Cop Shows (Columbia Tri-Star-2004) It’s a baffling mystery: this DVD is called The Greatest ‘70s Cop Shows, and yet Columbo is nowhere to be found here. What we do get is the ‘70s sloppy seconds: Starsky and Hutch, Charlie’s Angels, SWAT, The Rookies and Police Woman. Don’t bother looking for the quality you think you remember: good writing and believable situations … END_OF_DOCUMENT_TOKEN_TO_BE_REPLACED