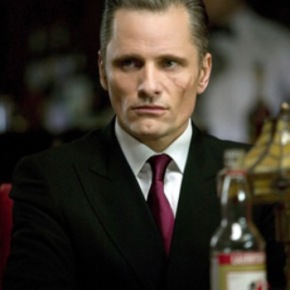 VIGGO MORTENSEN MAKES HIS EASTERN PROMISES by Brad Balfour It’s entirely understandable why director David Cronenberg has recently cast Viggo Mortensen as his lead in two complementary but very different films (2005’s excellent A History of Violence and the new Eastern Promises). Mortensen inhabits these characters and the characters inhabit him. It is said that when he played Aragorn in Lord … END_OF_DOCUMENT_TOKEN_TO_BE_REPLACED