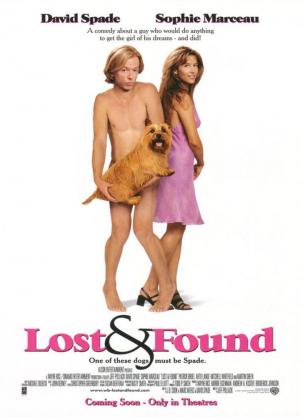 David Spade is a very funny comedian. Playing angry dead-end guys with delusions of grandeur like in Just Shoot Me, he is second to none. He is the living epitome of the term “snarky.”

What he is not though, is a romantic lead. Spade’s whole persona is built on his insincerity. Whoever it was who thought that an audience would root for love for Spade’s angry elfin smart-ass (and apparently it was Spade himself, he co-wrote the film) was way, way off base.

First of all, Spade’s character would look down on the whole notion of love-at-first-sight as hackneyed. Even the way that he goes about wooing his new gorgeous French neighbor (Sophie Marceau) – by kidnapping her dog and then pretending to help her find it – may be supposed to be quirky, but really it is just creepy.

This movie tries to make Spade ultimately lovable and noble, but his constant sneer belies that notion. Even little details are all off, Spade is supposed to be the savvy owner of a failing restaurant and yet he thinks nothing of taking almost every day off. Lost & Found is a complete and total misfire. (04/99)