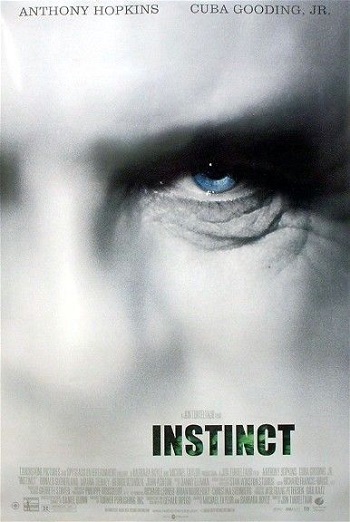 There was probably a lot of thought put behind this film.  It was obviously put together with care.

The only question is, why?

Director Jon Turteltaub – with this film and his previous hit Phenomenon – seems to be trying to be the John Bradshaw of film – passing off obvious new-agey viewpoints as if they were original and oh-so-profound.

This film stars Anthony Hopkins as a professor who, after living with baboons for almost two years, becomes primal himself.  The problem is, Hopkins’ character is essentially just a defanged version of his Oscar-winning role of Hannibal Lecter – an animal of a man who is essentially not a threat.

As a brilliant psychiatrist who is trying to get through to Hopkins, Cuba Gooding, Jr. is lost.  He tries to pull off his usual yelling Pepsi-One “Show me the therapy” shtick, but it doesn’t work here.

Eventually, the film becomes a twisted merge of Silence of the Lambs and One Flew Over the Cuckoo’s Nest.

The points this movie makes are so obvious – i.e. captivity is bad, freedom is good, anyone or anything that lives in a cage will eventually lose its spirit – that Instinct can’t even work as just being thought-provoking.   It’s more like a two-hour lecture on the evils of civilization.  (5/99)