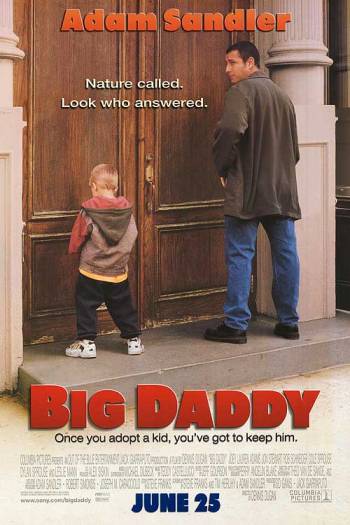 I don’t ever dismiss a movie out of hand.

After all, even the worst movies come from hard work and sweat of dozens of people… And who am I to dismiss their toiling?

With that in mind, I have to say Big Daddy sucks.

Adam Sandler doesn’t even try to portray a character (which isn’t beyond his grasp, he was pretty good in The Wedding Singer.)  The story of a lazy degenerate (Sandler) who turns a cute little five-year-old boy into… well… a five-year-old lazy degenerate, Big Daddy is poorly-plotted lowest-common-denominator filmmaking.