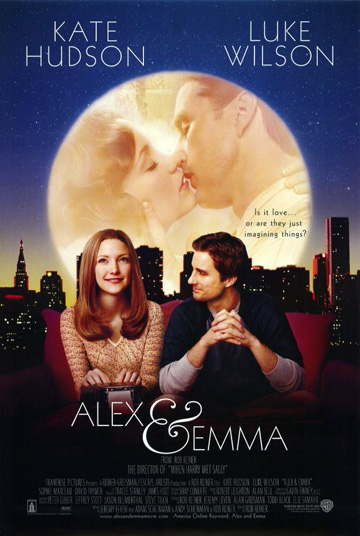 I am getting more and more depressed about Rob Reiner’s directing career.  For the first decade he spent behind the camera, I felt that he was quite simply the best director of popular films.  Reiner had a Midas touch, every film he made was not simply good, but damned near perfect examples of Hollywood storytelling.  He started out in 1983 with the classic “mockumentary” This Is Spinal Tap.  His follow-up was the romantic comedy The Sure Thing, which still to this day is my favorite film ever.  After that Reiner showed an astounding taste and skill and an impressive range of topics.  He filmed a terrific nostalgic film (Stand By Me), a wonderful fantasy (The Princess Bride), a disturbing thriller (Misery), the template for romantic comedy of the 90s (When Harry Met Sally) and a near perfect courtroom drama (A Few Good Men).

The first chink in his armor appeared with the startlingly misjudged “black comedy” North in 1994.  Since then, Reiner has lost his way, being the guiding force behind other sadly artless films The Ghosts of Mississippi and The Story of Us, with only the fantastic political comedy The American President living up to Reiner’s former promise.

Alex & Emma continues the downward slide.  It is a romantic comedy that is neither romantic nor comic, a tribute to literature that is not literate or even well written.  Part of the problem is that the storyline seems kind of ridiculous, even though it is apparently loosely based on an episode from the life of Russian novelist Fyodor Dostoevsky.  Luke Wilson plays Alex Sheldon, a hot, hip young novelist who gets involved with toughs and ends up owing $100,000.00.  The only way he can save his own life is to write his next book in thirty days to make that much on the advance for his book.  Apparently, not having time to get a word processor, he hires Emma Dinsmore, a sweet but slightly uptight woman, to essentially take his book in dictation.

From here, the film flits back and forth between real life and acting out the novel.  Now, first of all, for a cutting edge young novelist, this story seems like a pretty stagy and clichéd romantic drama.  (I’m not going to even get into little publishing points like the chances of getting a $100,000 advance site-unseen on a novel, or the amount of time it takes for a publisher to actually get payment to an author.)  As Alex and Emma get to know each other, they start getting into cutesy arguments about whether or not the heroine’s breasts should be heaving.  Then Emma starts exuding an influence on the manuscript, eventually showing up as different characters in the book.

This is all supposed to lead us to believe the two characters are falling in love.  Which is good to know, because Wilson and Hudson, while perfectly likable by themselves, generate absolutely no chemistry or heat.  Gorgeous French actress Sophie Marceau is once again misused by Hollywood in the role of the original romantic heroine for the book.  (At least in this film David Spade didn’t kidnap her dog like in Lost & Found.)

The movie keeps stumbling towards its inevitable conclusion long after the audience has lost interest on the silly period piece details of the novel and the people responsible for writing it.  In theory, it could be a fertile idea for a film… the concept of the unpredictability of the written word and how characters grow and expand into directions a novelist had not considered.  Sadly, this film doesn’t mine these possibilities nearly deeply enough.  I still hold out hope that Rob Reiner can get his career back on track, but Alex & Emma isn’t going to do the trick.  (06/03)