With a cute southern accent and an even more sincere demeanor, Hope Partlow has snuck onto the music scene and is ready to make a lot of noise.

From her humble beginnings in Drummonds, Tennessee, Hope has had her eyes set on this moment for a long time.  “I was singing before I could talk,” says Partlow.  “I was always around music, because my dad was a singer.”  It wasn’t until she felt the thrill of the stage that she realized that she wanted to be a performer for the rest of her life. “First time I really felt it was when I was six years old,” explains Partlow.  “Being onstage and getting that adrenaline rush.” 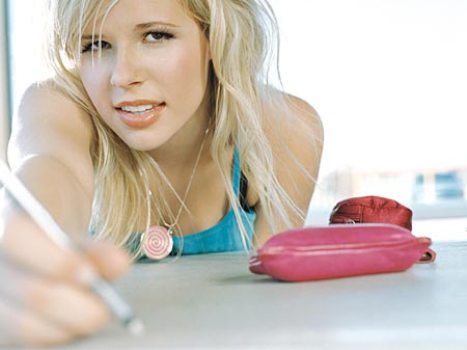 Although she is on the verge of becoming a pop superstar, Hope is just your average girl – at least that’s what she wants you to think.  “I’m just a normal girl who knows how to sing,” confesses Partlow.  She’s in her senior year of high school, although she doesn’t get to experience the every day things a normal high school senior would and is still trying to adjust.  “The hardest part about being an artist is being away from home,” says Partlow.  “I’m a homebody and leaving my friends made me realize who my real friends were.”  She also found the making of the album to be a little tough.  “All the behind the scenes work was long and hard,” says Partlow.  “It is a little nerve wracking to sit back and think that all this hard work and preparation is for one album.”

Although she is not your typical high school senior, not many can say they have an album out and a major tour.  I mean, c’mon, she just got off the road with scream-inducing heartthrob, Jesse McCartney.  “Oh My God!” says Partlow of the opportunity to tour with McCartney.  “It was a lot of fun.  He has a great show.”  She did confess that she had butterflies opening for an artist with a predominately female fan base, but saw it as an opportunity to prove herself.  “I was kind of nervous,” explains Partlow.  “I didn’t know what to expect, with his fans being girls.  I didn’t want them to think I was competition.” 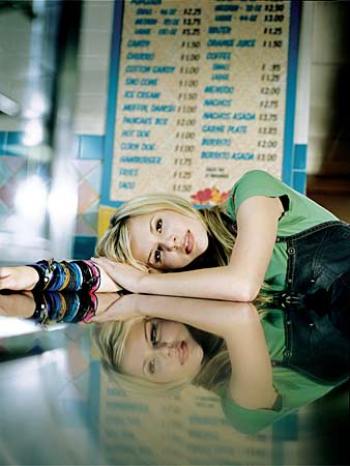 Competition is one thing, but the many comparisons to various artists is expected in the industry today, and Partlow is no exception.  “I expect to get compared to Hilary Duff or Britney Spears because we have blonde hair,” reveals Partlow.  “But I don’t sound like anyone out there.”

With influences ranging from country to gospel music, Partlow hopes her music reflects such diversity.  “I started listening to Patsy Cline and Deana Carter and then as a grew older, I moved on to more pop stuff like Sheryl Crow, Alanis Morissette, Journey, Jet, The Offspring,” she says.

Helping her create her own diverse sound is Virgin Records CEO and hitmaking producer Matt Serletic.  (Ed. note: soon after this interview took place, Serletic left the company.)  With credits ranging from Matchbox Twenty to Celine Dion, Serletic brought his magic touch to Partlow’s debut.  “He is such a musical genius,” says Partlow.  “I was actually his first signing to Virgin and we really made such an awesome album.”

One of the songs that Serletic helmed was the lead single, “Who We Are.”  “It is just a song about my senior year and what a normal teenager would go through,” explains Partlow.

Who would know better than Partlow?

At first, according to Partlow, “we did the normal process, going out and looking for other songs by other artists.”  That approach didn’t work well for Partlow, though.  “I couldn’t relate to them or their songs because they were all older than me,” says Partlow. 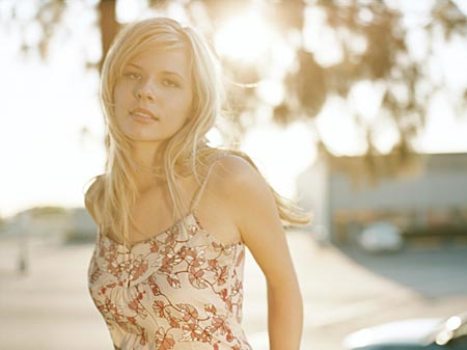 That’s when she decided to take a different approach. “I handed my diary over to some songwriters, and I thought it was silly,” says Partlow.  “When we met again, they had some of the best songs that fit with me so well.  They knew exactly how to say things, just by reading my diary.”

Listening to the album, you can tell that the content is personal yet universal.  Songs like “Let Me Try,” a jazzy plea for freedom, represents what every teenager wants.  “Crazy Summer Nights” chronicles the events of, well, a crazy summer night; tapping into the universal longing for fun and escape in the sultry, steamy heat.

Her desire to just be herself will allow fans to accept her as an artist, because they can relate.  That’s all Partlow really wants.  “I’m just doing me,” says Partlow.  “I want to be known as a household name.  If there’s a spotlight, I want to be in it.”

Hope, the stage is all yours.