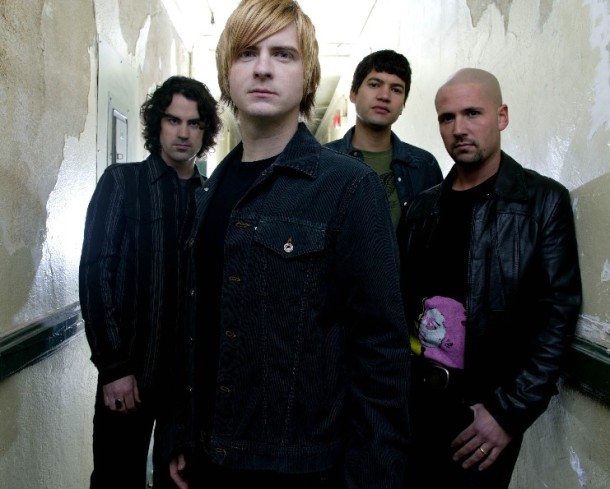 Imagine walking into your neighborhood coffee shop, ordering a latte and then being serenaded by your baristas.   Sounds good, huh?  A few years ago, if you had journeyed through a Mesquite, Texas Starbucks, this would have been your treat.

This is where Josh Havens and Matthew Fuqua first met and started playing together.  “I started working there first, then I convinced Matt to get a job there,” says lead singer Havens.  “We were in different bands at the time, but we brought our guitars to work and started playing.”

Pretty soon, everyone wanted to know where the duo was playing.  They didn’t have any gigs so they quickly scrambled together and book a show at the local college.  Pretty soon, their other members would join them at Starbucks, first as employees, then as band members.  With their local following getting larger by each show, the quartet decided that music was their calling.  They named themselves The Afters, borrowing the term from European vernacular.

“The afters is a term used in Europe for an event that takes place after a much larger event, like a wedding or concert,” says Havens.  “It’s an event where everyone is invited.  It’s non-exclusive.”

It is the all-inclusive approach that The Afters take to their music.  Being a contemporary Christian rock group is not an easy task, especially in the world of pop music.

“We’re just a band,” says Havens.  “We’re Christian by faith, but at the end of the day, we’re just musicians.”   It’s not that easy to explain to secular fans, so Havens offers an anecdote.  “It’s no different than any other job I could have,” says Havens of being in a Christian band.  “If I were a dentist, I wouldn’t advertise myself as a Christian dentist and only fix Christian’s teeth.  The same goes for music.”

The journey to acceptance has been long and hard for The Afters.  It wasn’t until a show in Dallas, a few years back that they knew that the band was destined for the “big time.”  Haven’s father, who recently died of cancer, came to the defining show and afterwards approached the band and said, “This is it!”   It was at that moment, Haven’s said, that the band went ahead full steam. 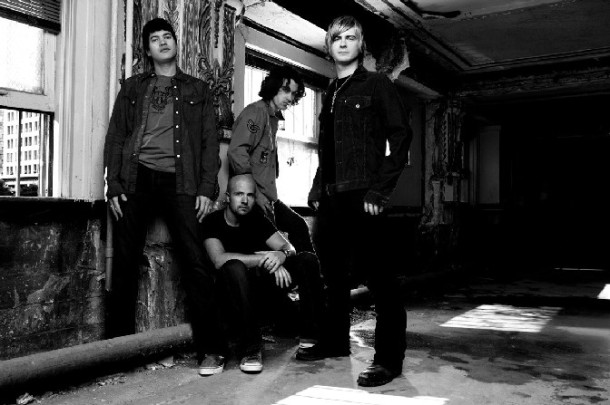 With musical influences ranging from Radiohead, Coldplay, and The Beatles to Elvis Costello, The Afters entered the studio to record an independent album.   After supporting the album locally, The Afters were ready to return to the studio and record another batch of songs.  It was then that Columbia Records came along and inked the band to a deal.

“Columbia was a huge support to us,” says Havens.  “The immediately encouraged us to be the artists we wanted to be.”  The major label attention afforded The Afters the chance to take their time.  “It was great being able to work with different producers and use different instruments,” says Havens.  “We had many options and time was never and issue.”

Their first major label release, I Wish We All Could Win, is a textbook example of positivism through music.  The entire album is loaded with tracks aimed at emphasizing the positive aspects of life.   Tracks like “Someday”, “Love Leads Me on” and “All That I Am” all speak towards love, life with a positive spin.

“It is important that kids know more than just the negative,” says Havens.  “We have negative things happen in our lives and that’s why negative music succeeds, but we chose to go the other way.”

The other way has proven to be not only successful but also uplifting for the band.  “We get emails from fans saying that they were going to commit suicide, but heard our music and had renewed hope,” explains Havens.  “I mean, we cannot ask for better validation.”

The Afters will continue to support the album as they have done in the past, with consistent touring.  Their first single “Beautiful Love” has seen massive airplay and has been tapped by MTV for its hit reality show, 8thand Ocean.  “It’s a song that the crowds always respond to,” says Havens.  “People are always asking us for the chords to the song.”

The Afters hope to return to the studio to keep cranking out its brand of music, and will continue to stress the positive.  “Our music has always been able to affect people in a positive way,” says Havens.  “As long as we can continue to do that, we will continue to make music.”