Dermot Mulroney at the Philadelphia Film Festival in the Prince Music Theater.

Actor Dermot Mulroney was honored with an American Independent Award at this year’s Philadelphia Film Festival. Immediately after the ceremony was the premiere screening of the independent film Dante’s Inferno, with Mulroney in the lead role.

Mulroney, 43, has enjoyed a long-running success in mainstream films, most notably as Julia Roberts’ fiancé in My Best Friend’s Wedding and as Jack Nicholson’s son-in-law in About Schmidt.

However, Mulroney has never turned his back on independent films and the artists who have a passion for them. In fact, he co-produced and co-starred in the landmark indie Living In Oblivion, which details and celebrates the effort it takes to get a film project off the ground. In the years since its premiere in 1995, Oblivion has become a cult classic and a cautionary tale for those about to embark on putting a script to film. 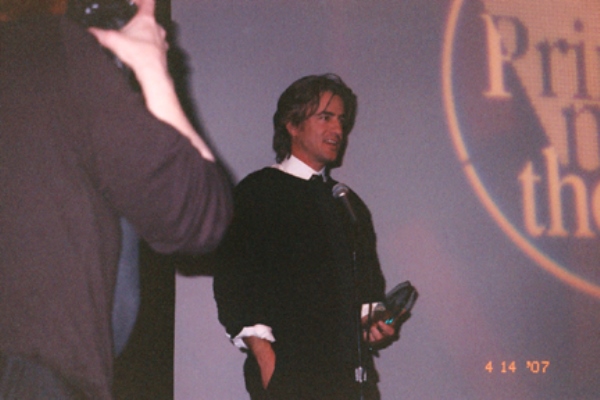 Dermot Mulroney at the Philadelphia Film Festival in the Prince Music Theater.

He also appeared in the acclaimed indies Lovely and Amazing and Undertow. As well, he is producer of the current documentary God Grew Tired of Us.

His latest appearance (voice only) in the animated Dante’s Inferno was well received by an enthusiastic crowd. 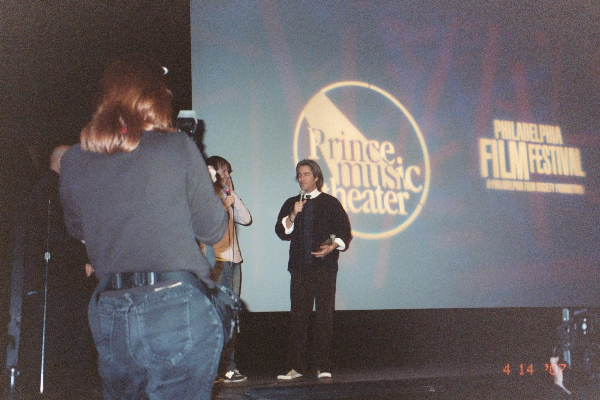 Director Sean Meredith was also on hand after the screening, to discuss his unusual take on the 700-year-old literary classic. The film is told through the visual effect of hand-drawn puppets most commonly used in children’s toy theater. However, the script has a very subversive, South Park sensibility.

“I can honestly say that this is the most disgusting film I’ve ever been involved in,” Mulroney declared to rousing cheers from the audience, referring to its artfully candid use of sex and violence.

“My mom’s going to watch it too,” Mulroney mentioned nervously before the screening.

The actor was born and raised in suburban Virginia, but has family in the Philadelphia area. His father is a professor at Villanova University.

Mulroney is currently appearing in the feature-film Zodiac. He will soon be seen in Gracie, co-starring Elisabeth Shue, and Six Bullets From Now, with Josh Lucas and Tim Roth.