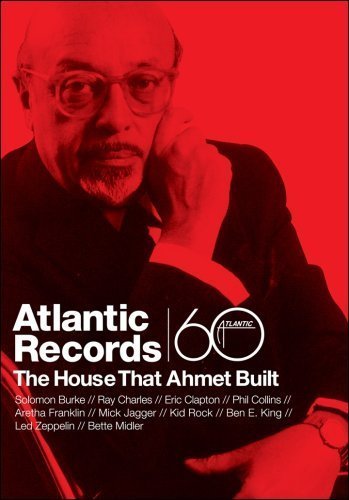 Back when a poor, unknown kid could still start a record company on almost no money but a dream and insight and go on to change the world, arguably the greatest success story was Ahmet Ertegun.

This documentary was made as a celebration of Ertegun’s work.  Sadly, after his recent death following a fall backstage at a Rolling Stones show, it has become a tribute to his life.

Ahmet was the son of a Turkish diplomat who was enamored of jazz.  In his early teens he was already crashing Harlem clubs. Together with his older brother he started promoting concerts and dance shows.  This led to a staggering sixty year career as a talent scout, working musician, songwriter and producer and head of arguably the most influential independent record label in the world.

Some of the all-time greats come out to wax rhapsodic about Ahmet: Mick Jagger, Robert Plant, Aretha Franklin, Wynton Marsalis, Bette Midler, Eric Clapton.  Some not-so-greats are around, too, like Phil Collins and Kid Rock.  It also tries to trumpet some of his newer, arguably less worthy — or at least less popular — discoveries (Paolo Nutini, anyone?)

Atlantic Records – The House that Ahmet Built has some great clips of some of the ultimate singers of the last 50 years.  Even more than that, it tells the story of a fascinating life.