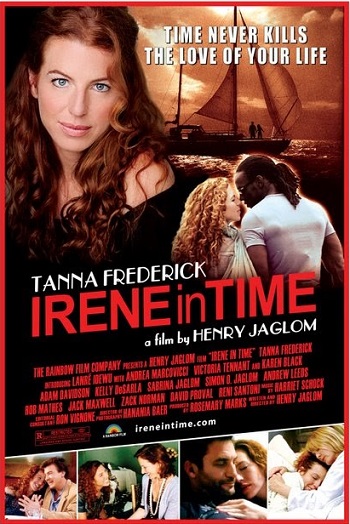 However, Jaglom keeps hanging in there, periodically releasing his very low-budget indie essays of upper and middle-class suburban angst.  He even has occasionally had minor art house hits like Babyfever, Someone to Love and Last Summer in the Hamptons.  It’s an odd place for a guy from the counter-culture to end up (one of his first film jobs was editing Easy Rider).

However, in case Jaglom is wondering why his high-minded and arty films have never caught on with the kind of audiences that the Woodman has reached (and let’s face it, Allen has never been known for his huge box office either), there is a very simple explanation.  Simply, as a writer and director, Jaglom is not nearly as talented as his inspiration.  His movies have tended to be slow, self-important and dull.  Jaglom has latched onto Allen’s more serious self-obsessed characters and situations without learning the master’s ability to leaven their hubris with humor.  In fact, Jaglom’s 2002 movie Festival in Cannes did the seemingly impossible job of making the French Riviera look tiresome.

Still Jaglom has a good name in Hollywood and has worked with well-respected actors over the years – including David Duchovny, Eric Roberts, Melissa Leo, Greta Scacchi, Ron Silver, Maximillian Schell, Martha Plimpton, Roddy McDowell and he even got directors like Peter Bogdonovich, Bob Rafelson and John Landis to act for him.

In Irene in Time, Jaglom smartly goes all the way back to his indie roots – using a nearly totally unknown cast.  In fact the best known names here are Karen Black (Airport ’75, Trilogy of Terror) Victoria Tennant (Steve Martin’s ex-wife and the costar of LA Story and Flowers in the Attic), Reni Santoni (who had a recurring gig as Italian restaurant owner Papi on Seinfeld) and past Jaglom stars Andrea Marcovicci (Someone to Love) and Zack Norman (who has appeared in several of Jaglom’s films as well as things like Romancing the Stone and Cadillac Man).

Despite this, Irene in Time falls into all of Jaglom’s most self-indulgent tendencies.

If you can handle an hour-and-a-half of women sobbing about their terrible love lives and going on & on about their daddy issues, perhaps you’ll enjoy seeing Irene in Time.  Personally, I was about ready to slit my wrists.

The movie is the story of Irene, a jazz singer who is looking for love – apparently to replace the love that she lost when her daddy disappeared years earlier.

It’s not like she has trouble meeting people.  She has dates with at least five men and one sorta date with a woman in the film.  Irene just can’t figure out why these relationships don’t seem to last, so she reads every dating self-help book ever written and whines endlessly to her friends about her inability to meet a nice man.

Actually, it is no mystery at all why none of Irene’s relationships work out.  1.) She is trying way too hard.  2.) She talks way, way too much about her father.  3.) She starts to cry hysterically at the drop of a hat.

When Irene is not on disastrous dates, she sits around in klatches with other women – friends, relatives, friends’ relatives, potential lesbian lovers, total strangers – and they all sob about their relationships with their fathers and how these defining moments shaped how they grew up.  It’s sort of like watching oedipal group therapy, but not nearly as amusing.

Seriously, by the tenth or twentieth time a woman starts crying uncontrollably about something her daddy did to her when she was a girl, it almost becomes a parody of itself.  Yes, I recognize that the father/daughter relationship is a powerful bond, but I know women who go their entire life without overanalyzing their fathers.  Yet, daddy seems to be the only thing that these women – some of them well into their 60s – will ever talk about.

Then, in a stunning show of hubris, after spending the entire movie showing how a daughter irrationally idolized her father no matter what a slime bag he may have been, Jaglom closes the film with the dedication “For my daughter.”  Are we supposed to take from this dedication that he has made a movie for his daughter that – if it is at all true to life, which Jaglom’s films usually are – is really essentially just a love letter to himself?  Or is he just dedicating it to her because she loves him unconditionally no matter what?  Perhaps that is a virtue, but I hope for Henry Jaglom’s daughter’s sake that she isn’t the same kind of wishy-washy, confused, totally neurotic loser that his movie’s heroine was.