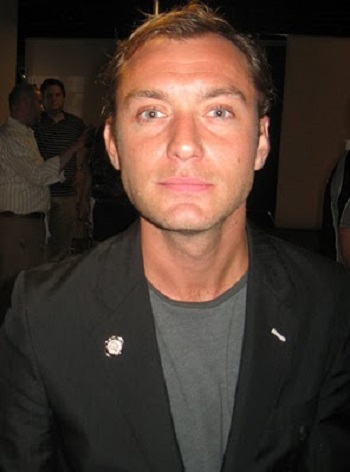 Tony or Not Tony, That is the Question

With the Tony Awards taking place Sunday, June 13, 2010, the Broadway award season will be over – so nominee Jude Law spoke about his expectations and insights, both in his respective shows and in the season in general.

This season has a few wrinkles. For the musicals, it has been the overwhelming impact of pop music on Broadway’s new productions, and that has made for a very different sound to be judged. As for dramatic works, the necessity of casting seasoned film and television actors as leads or featured players to draw in audiences has re-shaped the nominee pool.

So, with this night almost upon us, Law spoke with us briefly about his show, the nomination and working onstage.

I was because I thought we were on the wrong side of January, to be honest. Basically, to survive the run it became a very personal and physical journey. We were thrilled to do well in London and then thrilled to do well in Denmark and really thrilled to succeed here. But we were done and dusted and sort of put the thing to bed in December, so now all these months later to be recognized is really, really good.

How does it feel to have your name amongst the amazing list of actors who have played this role, including Sir Laurence Olivier, Kenneth Branagh, all of these incredible actors?

I don’t know; I’ve never really thought of it like that. I suppose there are an awful lot of awful actors as well probably in there that have played Hamlet.

And one woman, actually.

Yes. Well no more than one. Frances de la Tour played it in London, and who are you thinking of?

Dianne Wiest played it here. There you go; two women.

What part of your personality did you bring to Hamlet?

You have to be Hamlet. Hamlet isn’t a role; he becomes you. And I think that’s why each version is ultimately very different; because he kind of demands of you that you open yourself up to him.

What effect did he have on you?

I think what I loved about him was ultimately his complexity between loving life and hating it all at the same time.

What were the particular challenges of playing Hamlet in the 21st century?

For me personally it was always physical. It was eating the right things, sleeping the right amount, and being able to just get through eight a week for six months.

He’s such an intense character; is it hard to leave that kind of struggle when you leave the theater for the day? Do you bring it home or do you leave it?

It’s like a purge. You go to work and kind of get everything out, and then at the end of the day you’ve actually got nothing else left to give. And what you miss when you finish doing the run is that purge; you suddenly realize you’ve got all this stuff in your head that you’ve got to carry around with you have you’ve got no outlet for it.

Is your family excited about your nomination?

I called my dad and he kept asking “Tony? Tony who?”

When was your first time in a theater?

My mom and dad used to be very involved in an amateur dramatic society in Elton, South East London.

So your parents brought you backstage as a child.

They were both teachers but they were involved in amateur dramatics all their lives, and then when I got to the age of ten or eleven my mom stopped teaching and ran a theater company. Theater’s always been very much a part of my childhood.

What are the differences between doing theater and film for you?

Always the audience. Just the exhilaration of an audience and being at a live event, part of a live event.