A Change of Seasons

The crazy thing about overnight success is that it always takes a hell of a long time to achieve.  When retro-vibed and striking British singer Rumer released her debut album Seasons of My Soul in late 2010 in Europe, most of the stories pointed out that the singer was working at a coffee shop when she was discovered.  What those stories didn’t point out was that she had been striving for that break for over a decade before it came.

However, when it did come, she embraced it.  Seasons of My Soul became huge in her native England, getting gushing reviews, going gold and spawning four singles, including the smashes “Slow” and “Aretha.”

She quickly passed onto the radar of legendary musicians and songwriters, making fans and gaining collaborators like Elton John, Jools Holland (the former member of Squeeze who went on to be England’s top TV musical show host) and Burt Bacharach.

This acclaimed album was finally released in the US just last month, topping the iTunes album sales charts after a recent appearance of the CBS Sunday Morning show.

In the meantime, her British follow-up CD, Boys Don’t Cry, a group of covers of songs by male songwriters of the 70s, is due for an April release back home.  It’s planned to come out in the States next year.

Rumer is also in the early phases of her next album of original material.  She has a few songs written, and says she would love to be able to record the album in the US – specifically in the city of Philadelphia, which she has visited a few times since the original release of Seasons of My Soul and just has a vibe that she feels would nurture her music.

Rumer was nice enough to call us from the road on a short US jaunt to talk to us about her music and her Seasons. 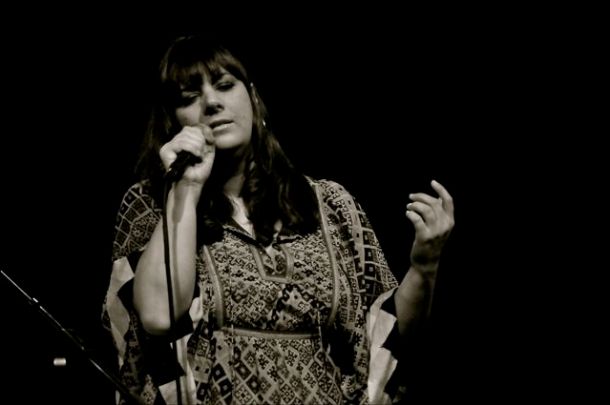 You were born in Pakistan, but moved to England as a young girl.  What are some of your first musical memories? When did you decide singing was going to be your life?

When I first moved to the UK, I got obsessed with Judy Garland.  Judy Garland was on the TV when we landed.  I watched every single movie.  I think I just became transfixed by her.  She was my role model in life.  I wanted to be like that.

I read in Mojo that about two years ago, you were working at a coffee shop and someone overheard you singing.  Now, obviously, you have been trying to get noticed as a musician for at least a decade with several different bands or names.  What exactly happened to finally get you signed?

Just a long process, really.  I tried to record my songs with various different producers, but I was working around my job.  I couldn’t afford… I’d have to save up money to buy studio time.  There was just never enough to really develop anything.  So, I met [British composer] Steve [Brown], who saw me singing at a club.  He said, “would you like to come to sing?”  A lot of people said to me over the years, “Do you want to come to my studio?” and such and such.  But, there was just something about him and he was willing and generous.  Not just generous with his time and his money, but also his spirit.  He put the whole album on his tab.

You had previously recorded some of the songs under your real name [Sarah Joyce] in 2007, such as “Come to Me High” and “Slow.”  How do you feel you were able to improve on them on the new album?

In context.  They are in that jazzy context that they always wanted to be in.  Whereas on my own, I can play the piano, I can play the guitar.  The recordings I made were very simple.

Suddenly last year in Europe, your career exploded when “Slow” became a big hit and the album started to get raves.  How surreal was it when suddenly you were all over the radio and TV?

It was really surreal, yes.  Crazy.  It was extraordinary.  For the first time I did a radio interview.  Making that transition.  Now, obviously, radio interviews are normal and everything else.  Back then, everything was new and terrifying.  Terrifying – because it happened really quickly.  Overnight almost.  It just hit the radio and caught fire on radio.  Suddenly I was selling out big theaters and going on TV shows.  It just happened.

You also did a song as a tribute to Aretha Franklin, which I found interesting because her style is very different from yours.  How did Aretha influence you as an artist and even just as a fan?

She has an amazing soul.  She’s got this spiritual… I mean, my life has always been about music and faith, because my family was Christian and we played in church.  My brothers and sisters played in church and sang hymns and everything else.  Music was very much a part of that.  For me, music and spirituality, music and hymns, and music and prayer were always the same thing.  Listening to Aretha Franklin is really familiar.  It feels really warm and familiar.  It’s like prayer.

I read that you said that “Take Me As I Am,” which has more of a gospel feel, was inspired by Laura Nyro, while “Thankful” was more like Joni Mitchell.  How much do you enjoy being able to channel your influences in your songwriting?  Who were some of the others?

I don’t do it consciously.  But “Take Me As I Am,” I remember a friend of mine played me this song called “I Talked With My Man Today,” which was originally called “I Talked With My God Today,” which gave me the idea for the production.  Lots of different influences.  That Laura Nyro and Labelle album [Gonna Take a Miracle] was a big influence, because that was the only song on the album that had the backing vocalists on it.  “Thankful”… an album like Hejira, listening to that gave me permission to write a song like “Thankful,” which is a structureless poem set to music.  So not necessarily, I’m not doing it on purpose.  I just feel that it is possible to do things differently.

One thing that I find fascinating about your songs is that the lyrics are often much more emotionally vulnerable and disturbing than the lush music and polished production hints at.  Why do you find that dichotomy of interest as a songwriter?

To be completely honest with you, it’s an element of subterfuge.  It’s getting it into people’s houses.  (laughs)  You know, you can’t say, “Hi, here I am!  This is really deep.  This is really existential.  This going to really make you cry.  This is going to make you think about your life.”  You can’t do that.  You have to just softly waft in, you know?  Just drift in to people’s houses.  Then, if they want to listen to the lyrics, they can.

Apparently, before Seasons of My Soul was even released, Burt Bacharach got a hold of a copy and decided he had to write some songs specifically for you.  How did you find out he was a fan, and what has it been like working with one of the greatest songwriters of the last 50 years?

It’s an incredibly humbling experience.  Quite extraordinary.  I find myself trying to remember it.  I can’t even believe it.  It was fantastic.  I think he just heard there was this new chick on the block and he wanted to pitch me a song for the album.  The album was already done, so the songs that he was pitching weren’t going to fit.  So I recorded one of them for a special, with “Alfie” as the B-side, and released it as a special Christmas CD and 7-inch.

Will the Bacharach EP be released in the States?

I don’t know.  I’ll have to ask.  It’s called Rumer Sings Bacharach at Christmas.  We should.

Elton John and Jools Holland have also been very vocal supporters of your music.  How amazing is it that such well-known and respected musicians are fans of your work?

It’s great.  When you meet people like that, they’re just nice people.  What I love about Jools Holland is he’s extremely warm, but also, he’s extremely knowledgeable.  He’ll know… like you’ll say, “Who are those people that played saxophone on Percy Mayfield?”  He’ll know.  You can’t find it anywhere on the internet.  You can’t find it in an encyclopedia.  He knows, because he’s got such an incredible music history knowledge.  It’s like having dons and professors.  It’s wonderful.  Elton is just one of these people who you put out your hand to shake his hand and he goes for a hug.  He doesn’t want to shake your hand, he wants to give you a hug.  He’s a really, really nice guy.

I love your cover of “Goodbye Girl.” It doesn’t seem to be the most obvious choice for a cover – why did you feel the song was something that you wanted to tackle?

Well I recorded that song for Boys Don’t Cry, which is a selection of songs that I’ve recorded from the 70s by male writers.  The record company stole it.  They just wanted it.  (laughs)  The MD’s kids really liked it.  I didn’t mind, because it’s nice song.  But it wasn’t meant to be on the album.  But that’s just a song that I liked.

You also do “Come Saturday Morning” and the Beach Boys’ “Warmth of the Sun” on the “Aretha” CD single, plus you have done some Bacharach songs live.  As a songwriter, do you find it easier or harder to perform someone else’s songs?

I think it’s a joy.  It’s like an actor.  If you’re an actor, you wouldn’t say, “Oh, no, I only perform my own plays.”  Or my own films.  You wouldn’t, because you restrict your development as a artist.  For me, I love to write music, but I love to sing other people’s works, because it gives me an insight into their emotional world.  It helps me understand the human condition.

I heard your stage name is a tribute to author Rumer Godden.  How did she inspire you?

I don’t really know.  She’s one of my mum’s favorite authors.  I haven’t actually read any of her books.

So you just liked the name, then…

Yeah.  It resonated with me, interestingly.  Then later on I found that it meant “gypsy.” 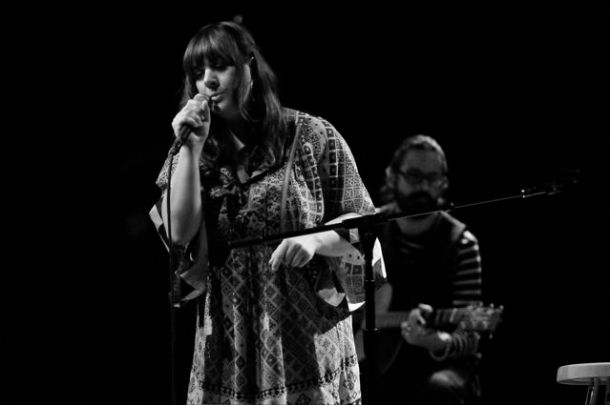 Seasons of My Soul has been out in Europe for over a year.  How did feel to be getting a US release and how is the US tour going?

Oh, it’s great.  I love it.  I get to play small venues, which I didn’t get a chance to do before.  I get to meet everybody after the show, which is great.  I get to talk to every single person, which is lovely.  I love to come out and meet people.

Surprised?  Hmmm…  I don’t know.  I’m pretty transparent.  Everything I am is on display.  They’d probably get surprised that I get very insecure.  I doubt myself.  I think that would surprise them… that I do doubt myself.

How would you like for people to see your career?

Are there any misconceptions you’d like to clear up?

I wouldn’t want to say, because then I’d be highlighting what they were.  (laughs)