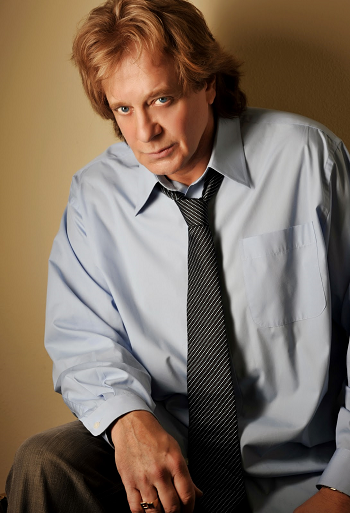 Kicking Back with the Money Man

Hard to believe it has been over 35 years since the release of Eddie Money’s multi-platinum debut, which sported the smash hits “Two Tickets to Paradise” and “Baby Hold On.” Money was catapulted to stardom and has since become a fixture on classic rock radio. Not long before his upcoming October 19th show at The Canyon Club in Agoura Hills, California, PopEntertainment.com’s Ken Sharp caught up with “The Money Man.”

Tell us about tour and what fans can expect from the new shows?

I’m not using the Eddie Money band on this tour but some really talented guys. They’re all recording artists. It’s a change of pace for me. If you put a great musician like Tom Petty guitar on one track, it’s gonna be different than a Joe Satriani on another track. I like the different colors and different shades. This show will be different from my past shows. We open up with “Rock and Roll the Place” and then we go into “Two Tickets to Paradise.” I’ve got a song I wrote with Monty Byrom called “Just a Night of Fun.” Monty’s got a great voice. He’s being managed by Herbie Herbert who used to manage Journey. I’d previously worked with Monty on my Unplugged record and the Right Here album as well.  We’ll be pulling out “No Control,” “Take Me Home Tonight,” “Baby Hold On,” “You Really Got a Hold On Me,” “Shakin’,” “I Wanna Go Back.” We do “Gimme Some Water” from my second album. We do “Trinidad” from the Playing for Keeps album. It’s gonna be a mix of a lot of songs, the set’s gonna be great. At the end of the show we come back again with “Two Tickets to Paradise.” Everybody gets involved in the show and I like it like that.

With the recent Geico commercial “Two Tickets to Paradise” continues to have a life of its own. The song has become much bigger than you.

If you think about it for a minute, think about the titles of many of my songs, who doesn’t wanna go back, who doesn’t want to take me home tonight? I have a song asking “Where’s the Party?” Who doesn’t think they’re in love? I mean, c’mon! (laughs) Who wouldn’t want two tickets to paradise? I talked to a shrink and he told me I know why you’re famous and I asked him, so tell me why? He said, “You’re famous because you write songs about the inadequacies of the American male.” (laughs again) I said, “Oh really?  Do I have to pay you 300 hundred dollars an hour to hear that?!” (laughs more) An important one I do in the show is “No Control” which is about my overdose.  People say, “How did you overdose?” And I say, “What do you mean? It was free! How do you think I overdosed?” (laughs again)

How close were you to doing yourself in?

Let me tell you something, I blew out my kidneys; I killed a sciatic nerve in my left leg and couldn’t walk for an entire year. I remember being in a twilight condition in the operating room and “Baby Hold On” came on the radio. These doctors with their masks on started singing “Baby Hold On” when they were operating on me. I thought it was a bad dream! But when I woke up I realized, wow, this really happened! It’s just like the other day my kid was walking up the stairs and I thought I heard him singing “Two Tickets to Paradise” and I realized I had the TV on Sports Center and it was the Geico commercial with me singing that song! (laughs) What’s funny is now I’m getting a lot of emails from people thinking I actually run a travel agency and that I’m broke. They want to use my travel agency to go to New Zealand or Hawaii or Omaha and I have to tell them, “Kids, it’s a commercial, I don’t own a travel agency!” (laughs more) 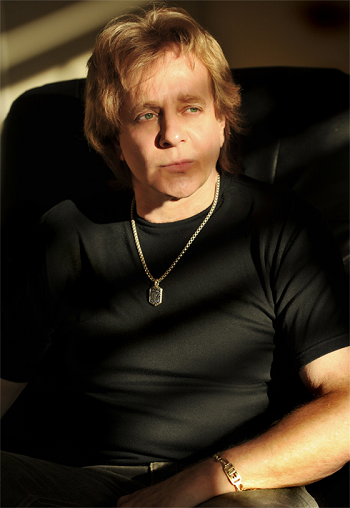 Back in the late ‘70s through the early 80s, you worked with an amazing lead guitarist named Jimmy Lyon as both collaborator and band member, what did he bring to the table?

He was a great guitars player. He’s Carlos Santana and Joe Satriani’s favorite guitar player. He really did his homework. He was a master of his craft. He had a gift. He didn’t overplay. He played to the melody lines of the songs I wrote. Listen to his solo on “Call On Me” from my second album. Jimmy had a gift and he still plays great. It was a great partnership when it lasted.

Not many people may know but you were managed by the great Bill Graham.

Bill Graham thought I was a really good writer and performer. Bill Graham was a great salsa and rumba dancer. He used to take me to these clubs in Manhattan and this guy used to dance his ass off. He was such an incredible dancer and I’m talking about difficult dances too. Because he couldn’t sing, Bill Graham wanted to live vicariously as a singer through me. He really would have loved to have been a singer. He was such a talented man. He got along very well with my mother too. Back in the ‘70s and the ‘80s everybody was snorting’ fuckin’ blow and drinking fuckin’ vodka and smoking a fuckin’ pound of pot. When I went to work for Bill, whether he was there or not, I did all my shows very straight. Bill always said to me, “You’re not the most important person in this venue tonight. The most important person in this venue tonight is the audience. And the very most important people in the audiences are the people in the back rows. They love you and you’re here for them. You’re not here for yourself or to get drunk, you’re not here to pick up fuckin’ chicks. You’re an entertainer. If I represent you I want you to be the best possible entertainer you can possibly be.” And my mother said, “I’ve been telling him that for years, Bill!” (laughs) So what Bill did was he kept me straight and put me on the right path to be a great entertainer. Now I don’t drink at all. I haven’t had a drunk in two and half years. Everybody’s happy but me. (laughs more) But you know what, I’ve been keeping’ my weight down. I still have all my own hair. My wife’s got me working out. Doing all this stuff I really don’t want to do. If it was up to me I’d be 240 pounds eating Dunkin’ Donuts, watching football on TV.

Is there one lesser known Eddie Money song you’d like people to uncover?

I became very close with John Belushi when he was doing Saturday Night Live. I turned him on to the bungalow that he died in at the Chateau Marmont because that’s where I used to stay. I wrote the song “Passing by the Graveyard” about John Belushi. Another great song I wrote was “So Good to Be in Love Again” from my first album. Another great song that people aren’t really aware of is “Don’t Worry” another song from that first album. Great tune. And of course, getting Ronnie Spector to sing on “Take Me Home Tonight” was so amazing. She’s such a sweetheart. The first thing she did when she was inducted into the Rock & Roll Hall of Fame was to thank me. She’s an incredible sweetheart of a gal.

Speaking of your first album, another underrated song is “Gamblin’ Man’.”

I’m glad you like that one. That’s a song I wrote about my mother and my aunt. They were also playing canasta or bingo or mahjong. My aunt used to go the track and then she got into off-track betting. My sisters have been the same way. They don’t go to Vegas and lose their house but they’ll be glad to take thirty or forty dollars from you in gin rummy. (laughs)

For the uninitiated, if they could only buy one Eddie Money album that sums up your sound, not a greatest hits collections, which would you choose and why?

I think the quintessential Eddie Money album is No Control. Tom Dowd was my producer. He produced everybody from The Allman Brothers to Rod Stewart. At that time, I was in such bad shape that I had to use a walker to go from my bedroom into the music room to write the No Control album. With that album I wanted to write a record that would let kids know they didn’t have to get drunk or take drugs and get high. You can go out there and wreck a car and kill yourself or snort something that can kill you. The No Control album is like, “you don’t want this to happen to you, look what happened to me.” Just like that song “Take a Little Bit,” which is about the overdose.

Lastly, what’s the best part about being in the music business in 2012?

I think the best part about what I’m doing today is I’m not going to get real fat because I need to look good onstage. I want my fans to remember me the way I was. I’m not going to get drunk or loaded. I don’t want to be like a Jim Morrison who’s going to get drunk and fall off the stage and embarrass himself. I’m not going to smoke a million cigarettes because I want my voice to sound good. I’m going to get enough sleep and take enough vitamin pills. To me, singing rock and roll is keeping me healthy. If I was in a rock band I’d probably be knocking down a bunch of vodkas and smoking a million cigarettes, sitting around watching TV all day and getting DUIs. What really keeps me sober is I have to be Eddie Money. I love my fans and I love my wife and I want everybody to be proud of me. The only way people can be proud of me is if you’re proud of yourself.

3 thoughts on “Eddie Money – Kicking Back with the Money Man”