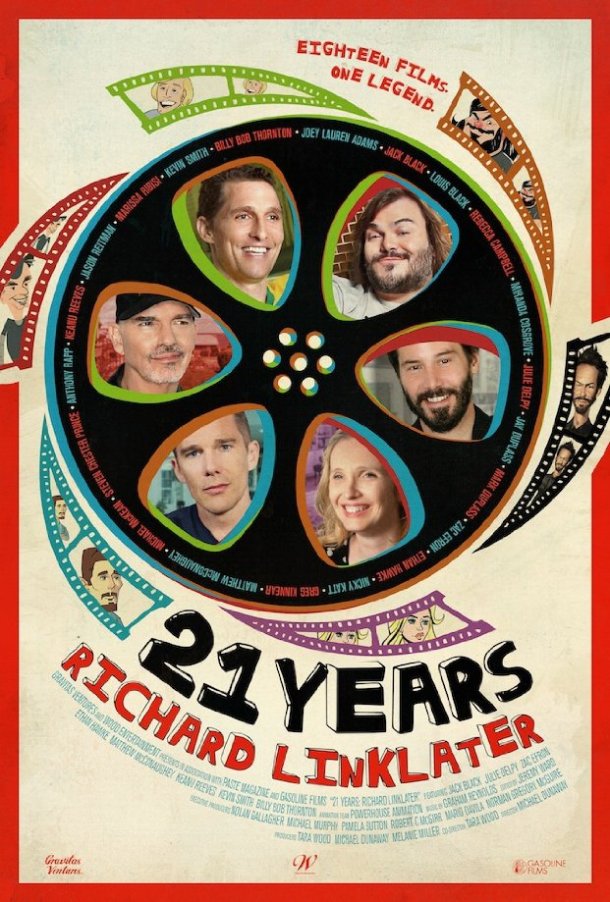 When Richard Linklater appeared on the pop-culture radar from Texas with an oddball film called Slacker about – well a whole bunch of slackers – it was difficult to imagine that it would be the touchstone of a classic film career.  Slacker itself was a fascinating piece of celluloid anthropology.  It showed a new generation and a place in a way that was compelling and empathetic.  Yet even Slacker’s biggest fans (and I personally respect the film more than I actually like it) can’t deny that the film has no real storyline or narrative thrust, it’s just a loosely-connected series of vignettes and character studies.

However, after that opening shot – though technically, Linklater had made a documentary short and an earlier Slacker attempt called It’s Impossible to Learn to Plow by Reading Books previously – Linklater has put together one of the more fascinating careers in film.

While Linklater has only had one real box-office hit in his career (School of Rock), he is widely, and deservedly, considered to be one of the most important directors of his generation.  Cult favorites like Slacker, Dazed & Confused, the Before Sunrise series, Me & Orson Welles, Bernie and the recent critical darling Boyhood show Linklater to be a fascinatingly varied, realistic and imaginative filmmaker.

He has made some bad films.  All filmmakers do.  But he has also made at least six or seven stone-cold classics, and that is quite an achievement for any filmmaker.

21 Years brings together many of the biggest stars who have worked with Linklater – including Ethan Hawke, Matthew McConaughey, Jack Black, Billy Bob Thornton, Keanu Reeves, Julie Delpy, Zac Efron  and Miranda Cosgrove – as well as some famous fans in the film world, all to wax poetic about the artistry of Linklater’s films and what a great guy he is.

Occasionally 21 Years feels like five or six DVD extra shorts mashed together, and yet it is an intriguing and entertaining look at a complicated artist’s body of work.

Some of it feels like hyperbole.  No matter how much you try to shine them up, there is only so much good to say about The Newton Boys, A Scanner Darkly and the remake of The Bad News Bears.  I personally would have rather heard much more about the Before series (in my personal opinion three of the best films ever), or the making of Slacker, or even taking a deeper dip in the already well-covered Dazed & Confused or School of Rock.

In that vein, sometimes it is difficult to discern why certain films get mentioned, and others are basically ignored.  Are Newton and Bears (or even Bernie) really all that much more important than SubUrbia, Waking Life, Tape or Fast Food Nation?

Also significant in its absence is Linklater’s most recent film, the twelve years in the making and critically beloved Boyhood.  The movie is only mentioned a few times in passing, and almost always referred to as “The Twelve-Year Project” (although at one point they do show the poster of the film as Boyhood.).  I assume that this is simply a matter of timing: that 21 Years was probably in the editing process when Boyhood hit theaters.  Still, the filmmakers knew it was coming soon, they could have delved a bit deeper than they did.

However, when the film looks at projects in which Linklater was on – really on – 21 Years is a veritable treasure trove of movie insight.

Frankly, the section on the making of Before Sunrise, Before Sunset and Before Midnight alone makes 21 Years worth your time.