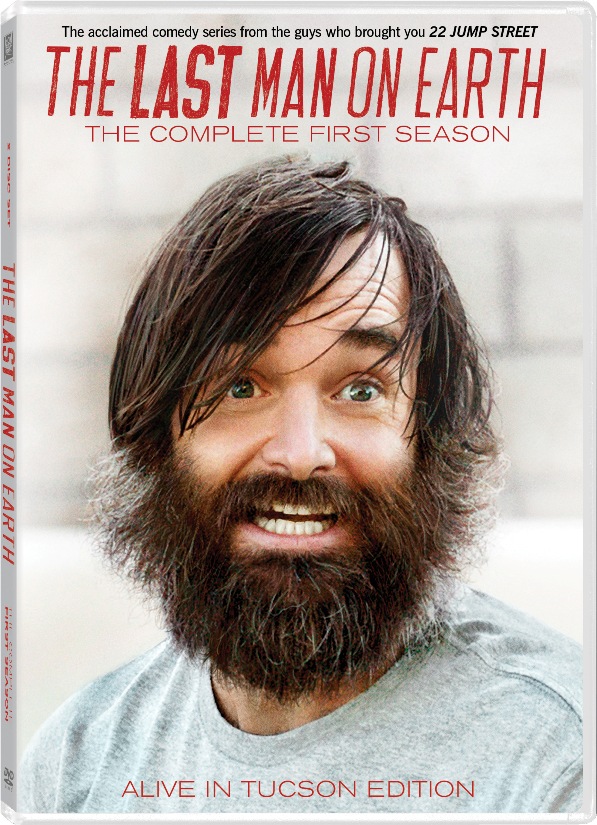 The Last Man on Earth – The Complete First Season

The Last Man on Earth

Apocalypse is not considered to be a subject which elicits yuks, so the idea of surviving in a post-apocalyptic world would seem an odd subject for a sitcom.  Well Will Forte (Saturday Night Live, Nebraska) has created a sitcom with thorns, a show that is effortlessly funny and yet it also is not afraid to wallow in mournfulness.

The Last Man on Earth bypasses traditional sitcom rhythms and puts together a weird vibe all of its own.  It’s difficult to build an entire show on such a somber situation as having the whole wide world decimated by a super flu.  It’s particularly tricky when you consider that there are only seven characters in the entire season – eight if you count a new character who is revealed in the final scene of the season finale, or ten if you count flashbacks and fantasies.  It’s a whole lot of heavy lifting for a small group of people to keep an audience tuned in and interested for 13 episodes.

While the post-apocalypse of The Last Man on Earth is somewhat benign – there are no freeways full of abandoned cars, and more vitally, no corpses strewn about everywhere (what happened to all of them?) – the series does oddly capture the solitude and moments of desperation and melancholy of the situation.

The series starts with Phil Miller (Forte), who is spending his post apocalypse driving around the United States, stealing national treasures and doing vaguely antisocial things with flamethrowers and bowling balls.

The one smart thing he did – perhaps the one smart thing that he has done in his life – is stop all over and spray paint “Alive in Tucson” on billboards around the country.  Because of this, slowly throughout the season other survivors end up in Tucson.

He finally agrees to marry Carol and starts a rather unsatisfactory sex life when Melissa (January Jones of Mad Men) shows up, his dream girl – gorgeous, sweet, and with much more in common with him than Carol.  As Carol and Melissa become fast friends, Phil starts plotting how he can leave Carol and take up with Melissa, despite the fact that his obvious attempts make Melissa more and more contemptuous of him.  Then as more survivors slowly filter in throughout the series (Mel Rodriguez, Mary Steenburgen, Cleopatra Coleman and Boris Kodjoe), Phil’s attempt to be the alpha male in this new society become more desperate and pathetic.  Eventually, when a true alpha male also with the name Phil Miller (Kodjoe) shows up, he even loses his name, being called Tandy by his co-horts from there on.

It takes a certain amount of balls to make your lead character by far the worst person on the screen – a habitual liar, massively jealous, needy, greedy and selfish.  However, somehow Forte makes Phil’s whininess and weaselly qualities sort of winning, if not exactly likable.

As The Last Man on Earth takes its eccentric trail in an abbreviated series worth of episodes – and it’s probably a good thing to binge watch this particular series rather than waiting a week between episodes – it grows on you with it’s out-there world view.  You rarely know for sure where the show is going, and that is a very good thing.  In a world where network sitcom execs think it’s adventurous to remake The Odd Couple for the umpteenth time, here is something which is truly unique.  And it has the added bonus of being pretty damned funny.

It will be interesting to see where the show goes from here.