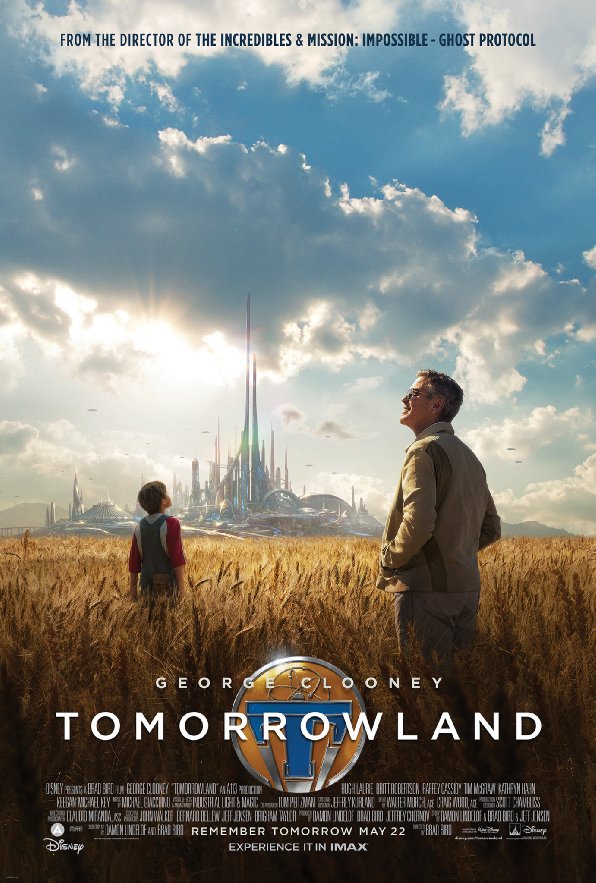 For a couple of decades now, the Disney people have been trying to translate the rides from their theme parks into films.  These attempts have been periodically successful – really only the Pirates of the Caribbean films – but more often the movies have come and gone with barely a ripple, popularly or critically.  These also-rans have included The Haunted Mansion (which Disney is apparently already planning on rebooting a decade after the film bombed), The Country Bears (based on the exhibit “Country Bear Jamboree”), Mission to Mars and the TV movie version of Tower of Terror.

It makes a certain amount of sense that these films don’t quite work out.  Though the term that an action film “is a real thrill ride” is an overused critical cliché, the basic motives of a movie and a ride are very different.  It is the same reason that films based on video games almost never work.

As I stated in my review of the first Pirates of the Caribbean film (possibly the only one that really worked as a film, while the other three films in the franchise were very popular, they were not particularly good films), “A thrill ride is just a couple of minutes of adrenaline-rushed sensation.  It has no sense of character, no sense of plot, no need for subtlety or nuance.”

Yet Disney keeps trying to translate its most popular rides to film (at least the ones that were not originally based upon a film.)

Tomorrowland is sort of an odd variation of these films.  There is no one Tomorrowland ride.  In fact, Tomorrowland is a section of the Disneyland and Walt Disney World resorts, where all of the futuristic rides are bunched together – including Star Tours, Autopia, Captain EO, Stitch’s Great Escape, Carousel of Progress and Space Mountain.

None of these rides actually fit into the storyline of Tomorrowland, though Space Mountain is used in the skyline of the parallel universe this story revolves around.  Oddly, the one ride which does play into the script is It’s a Small World, which is actually a part of the Fantasyland section of the parks, not Tomorrowland.  Of course, It’s a Small World plays a part in the film in its original incarnation from the 1964 Brooklyn World’s Fair (though the current ride is used to recreate that earlier version of the attraction.)

That original ride inspired a young scientist Frank Walker (played by Thomas Robinson as a young boy, then later George Clooney as a jaded and grizzled middle-aged man) to dream of making inventions for the betterment of mankind.  He is dazzled by a scientist named David Nix (Hugh Laurie) and enchanted by his young daughter Athena (Raffey Cassidy).

Many years later, a young woman named Casey, a daughter of a former NASA scientist, sneaks onto Cape Canaveral to sabotage the decommissioning of her father’s project.  This leads her to spend the night in jail, and when she is released she finds a strange pin amongst her belongings.  Just touching the pin takes her to an alternative world which is both mind-bogglingly futuristic and oddly old-fashioned.

Watching this section almost feels like watching a late-60s episode of Wonderful World of Disney.  Also, interestingly, this strange world almost feels more like a theme park than an alien civilization.  Her pin quickly loses its power, though, and she starts trying to find out about the pin and how to get back to the alternative universe.  Eventually this leads her to Athena, who had secretly given her the pin and has not aged a day, for it turns out she is an android.  However, there are a bunch of other androids on their tail, trying to keep them from going back to the world.

Athena leads her to the grown up Frank, who is a jaded hermit who lives in a secluded farmhouse filled with deadly sci-fi doo-dads, but who insists that the new world is evil, and seems to have never forgiven Athena for letting him fall in love with her when he was young and thought she was a real girl.

Unfortunately, despite the intriguing set-up, way too quickly Tomorrowland settles into a slap-dash action feature hyperdrive, where so much is going on so quickly that the film hopes you won’t notice that it really doesn’t make all that much sense.  And once they actually make it back to Tomorrowland, everything goes off the rails.  There are tons of ray guns, robots, special effects and spaceships, all going at light speed but eventually overwhelming the senses.

Writer/director Brad Bird, best known for animated films (like The Iron Giant and The Incredibles) obviously has a fascinating imagination, but he seems to have forgotten that this is a live-action film and has overstuffed everything.  Tomorrowland has some wonderful sequences, but sometimes in a movie, if not an amusement park ride, less is more.