Last Friday, Christmas came early to Union Transfer in the form of The Aimee Mann and Ted Leo Christmas Show.

With their great banter they have cultivated as The Both, Mann and Leo were quite entertaining. They donned costumes, with Leo’s Frosty the Snowman get-up quite fascinating especially while he was playing guitar. Many guests were in tow. Liz Phair was a rare live treat and Jonathan Coulton and John Roderick also added to the festivities. 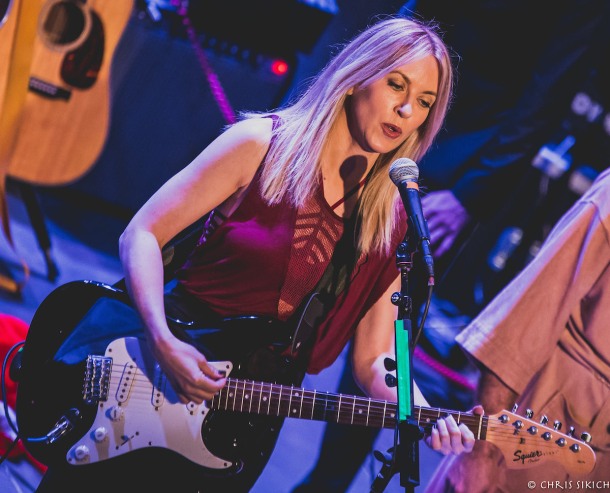 The night’s highlights included a holiday take on “Voices Carry” with new lyrics regarding a certain holiday fellow known here as “This is Gary” as well as “Jesus Christ Superstar,” Coulton’s “2600” and Phair’s classic “Supernova.”

If they come down the chimney again next year you should certainly be present for what is sure to be a one-of-a-kind experience.