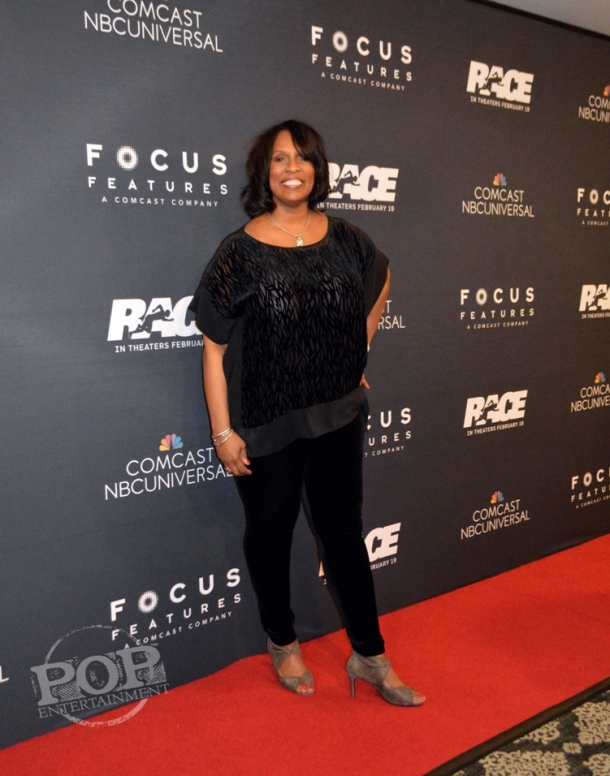 Jesse Owens is an iconic athlete – and his athletic prowess is only a part of his legend.  A young, poor African-American runner in a time when black athletes were barely accepted in sports, Owens won four Gold Medals in the 1936 Berlin Olympics, nearly singlehandedly showing up the Nazi host team, which was being held up as a sterling example of Aryan superiority.

Of course, Owens was not the only member of his family that brought home the gold.  His granddaughter, Gina Strachan, who has long worked as a television producer of such shows as The Tonight Show with Johnny Carson, The Oprah Winfrey Show and the MLB Network has won 12 Emmy Awards.  However, right now, her own career is not at the forefront of her mind.

With the release of the movie Race, the story of her grandfather’s spectacular achievements in the 1936 Berlin Olympics, the Owens family has gone all out to spread the word about his accomplishments.  This included Strachan appearing with legendary Olympians at the Philadelphia film premiere at the Prince Music Theater.

Though Owens died long ago, in 1980, of lung cancer, Strachan has strong memories of her grandfather.

“I knew him very well, actually,” Strachan said.  “When he died I was a freshman in college.  I was then at Arizona State, and they lived in Phoenix, so I got the chance to spend some time with them.”

Not only that, she said, “He traveled a lot,  but he was always there for holidays and special occasions.  We have a summer home in Michigan.  We’d spend a lot of family time there as well.”

Now, 36 years later, Strachan says it is an wonderful experience to have her grandfather back, even if she could only watch him on the big screen.

“It was pretty incredible,” Strachan explained.  “There had been some other bio-pics, documentary types,  but really nothing like this.  This is just so inspiring.  So many layers to it.  It was really quite wonderful.” 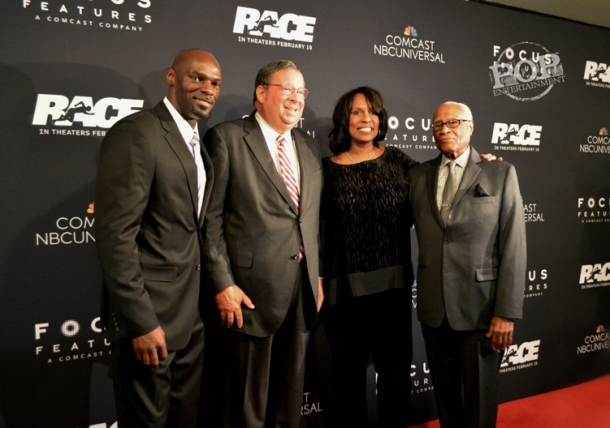 Not only did the movie allow her to relive her relationship with a man she loved, but it also opened up many pieces of his story to her that she had never heard before.

“I learned a lot, actually,” Strachan stated.  “I didn’t realize all of the pressure [he was under].  I didn’t know about the NAACP giving him pressure [not to participate in the Olympics].  There’s that part at the beginning of the movie where his mother is putting on the shirt and talks about [his] scar.  I didn’t know that he was so ill.  He had this tumor and they dug this tumor out.  I didn’t know that.  There were a lot of things that I had not known.  Every time I see it, I learn something new.”

For the record, at the point that I spoke with her, she had seen the film three times, and was just about to see it a fourth time that night.  Each time she has watched it, she was impressed anew by British actor Stephan James, who played Owens in the film.

“I tell you, that young man,” Strachan enthused.  “22 years old.  I [also] saw him as John Lewis in Selma.  Amazing.  I really think he’s very gifted.  I saw him last night in New York.  My words to him were: ‘Really stay true to who you are now, because from this point on, things are going to be very different.’  He did a great job.  Really, really, quite wonderful.  All of them.  Like [former Saturday Night Live star] Jason [Sudeikis] as Coach Larry Snyder.  That was terrific.  Him doing this dramatic role was great.”

Even eight decades after the events took place, the story is very timely.  After all, the United States has its first black President, yet at the same time black men are being killed and incarcerated at record levels.  Despite what Supreme Court Justice John Roberts may have said, we are not yet living in a post-racial America.

The title of the movie can be taken in a so many different ways.  Beyond the obvious, that Jesse Owens made his name racing in track and field, there are also other more subtle dimensions.  As a black athlete in the 1930s, Owens was constantly exposed to racial prejudice and had to break through walls placed before him as an African-American athlete.  Also, the Berlin Olympic games were expected by the Nazis to be a showcase for a perfect Aryan race, and this expectation was shattered by Owens’ accomplishments. 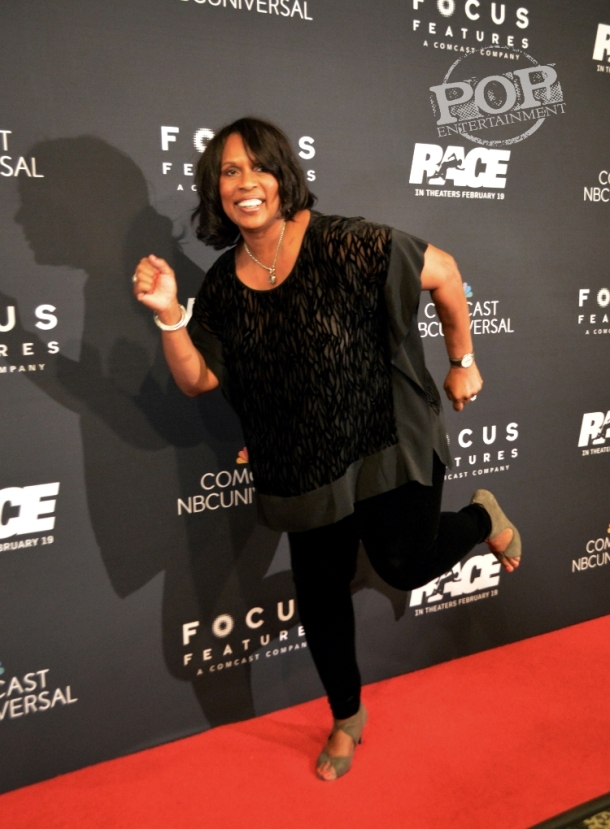 Therefore it is important to get Jesse Owens’ story out there, so that people can see how far we have come, but also how far we still have to go.  Strachan feels there are many reasons why the timing is right for Owens’ story to be told now.

“There’s a lot of different things,” Strachan said.  “The 80th anniversary [of the 1936 Olympics].  The current Olympic year [coming up this summer].  I think there certainly is a lot of division in the country.  One of the things I had mentioned was that sometimes we get ourselves in a bubble where we’re afraid to stretch ourselves out of our comfort zone.  As you can see from the movie, my grandfather did a lot of stretching.  There was a lot of pressure.”

For example, Race showed Owens to be abnormally patient and positive in the face of bigotry and hatred.  His granddaughter is not sure she could have been so magnanimous.

“I honestly don’t know,” she admitted.  “He truly was one of the most humble people I have ever met in my life.” 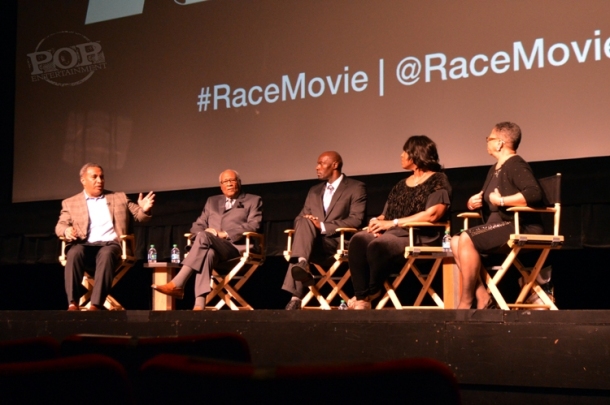 This did not just extend to slights and dealing with hardship.  Jesse Owens never took his place in history or his fans for granted.

“When we would go out to dinner, it was rare when he would finish a meal,” Strachan recalled, “because there was always somebody who came up and said, ‘Mr. Owens, can you…?’  ‘Mr. Owens, I remember…’  ‘Mr. Owens, did you…?’  He always had time.  I don’t really know that I could have been so grateful, but he just really was.”

This may be the most important lesson that the world can learn from the story of Jesse Owens.  Be thankful for your lot in life, push yourself and work hard to not only make sure that the world is better, not just for yourself, but for everyone.

“We’re at a time that we have to come together as a people.  Not just black people, white people, whatever,” Strachan said.  “Just human beings.  Really make things work to where everybody is happy.”

Something tells me that her grandfather would heartily approve of that idea.