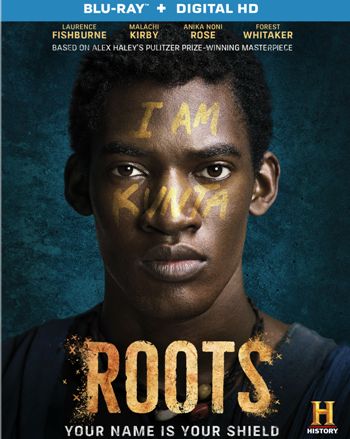 However, Roots, based on the autobiographical story of author Alex Hailey’s research of his own family tree from Africa through decades of slavery, became an instant sensation.  This was rather shocking, because Hailey was not a hugely well-known author – he was previously best known for having co-written The Autobiography of Malcolm X.  Also Roots was a pretty current book, it was becoming a bestseller, but had not quite exploded yet.

However, the 12-hour long series ran on eight straight nights, preempting all of ABC television’s programming for over a week, and became a true blockbuster.  The final episode on January 30, 1976 gained 71% of all television viewers in the US on that night, and became the most-watched scripted TV show ever at the time.  This record was eventually eclipsed by the 1980 “Who Shot JR?” episode of Dallas and later by the finale of M*A*S*H, which still holds the record to this day.  Since channel options are so much wider and fragmented in current TV, that record will not likely be broken.  Eventually over 130 million people watched Roots in its short run.

Therefore, it is no real surprise that eventually there would be a remake of that iconic series.  The History Channel’s version of Roots is a very worthy remake of the original series.  I’m not going to lie – I haven’t seen the original since its 1976 broadcast, so with 40 years of hazy memory, I’m not 100% sure how faithful the new Roots is to the original series or the book.  I do know it has been trimmed from about 12 hours to about eight, so I would guess there was a lot that is not done in the new version.

Strangely, 40 years on and on cable, the new Roots does pull a few punches that the original miniseries would not.  For example, the original series courageously fought standards and practices to become one of the first shows on network TV to show female breasts in the opening African tribe scenes, explaining reasonably that women in these tribes simply didn’t wear tops.  It wasn’t sexual.  It wasn’t dwelled upon.  It wasn’t exploitative.  It was simply historically accurate.  Decades later, in a TV world that has become much more comfortable with a little bit of nudity – and on a cable network, to boot – suddenly the tribeswomen are wearing sports bras.

However, despite this slight timid streak, the new version of Roots is still telling a spectacular story, one done with fine acting, good period filming and a wonderful mix of tragedy and human resilience.  The original series was well known for its impressive acting, and like that, this new version has a savvy mix of recognizable stars and lesser-known talents.

Probably the biggest hurdle was finding the right actor to play the man around whom the entire series eventually revolves.  Kunta Kinte was a Gambian prince who was kidnapped by slave-traders and sent to the new world as a slave.  The original Kunta Kinte made a star of LeVar Burton, who has a cameo here as a caged and chained slave.  The role has been given to British actor Malachi Kirby, who does a terrific job of taking over such an iconic character.

Like the original series, the new series follows Hailey’s family over the years, going from generation to generation.  When Kunta and his eventual wife Belle disappear, you move on to their daughter Kizzy, then to her son Chicken George, and finally to his children.

It is a smart and touching look at a family’s history.  Truth is, the original series was probably a bit better, but this series is still time well spent.