Two days after the 2004 reelection of George W Bush a friend and I trekked to New York to hear what R.E.M. had to say about the devastating win. Opening with “It’s the End of World As We Know It (And I Feel Fine),” they were a perfect tonic for the hopelessness. With even greater urgency and necessity, Drive-By Truckers played Union Transfer last night. With their most direct political album to play behind (American Band) and a fan base still not fully comfortable with their liberalism, they were a perfect cathartic antidote for the unbelievable election of Donald Trump. 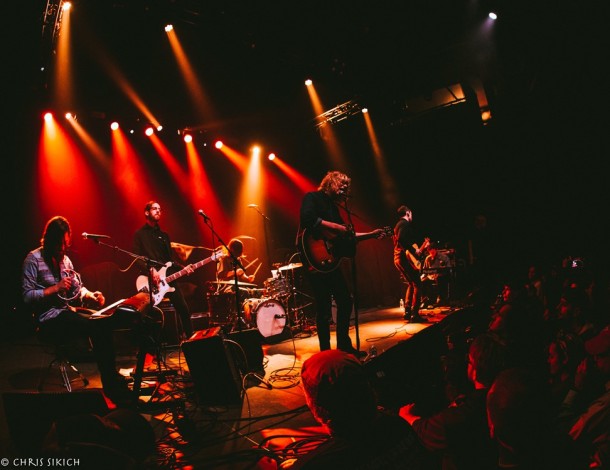 The politics began with opener Kyle Craft. Sporting a Bob Dylan-esque delivery, he is an exceptional rocker. He concluded his exceptional set solo and started speaking about the politics of the moment. Some in the crowd booed him talking about it and someone even vocally said Trump with joy. Then Craft succinctly silenced them with “I love you, but fuck you and your hate.” Then he played the hauntingly prescience “Before the Wall.” 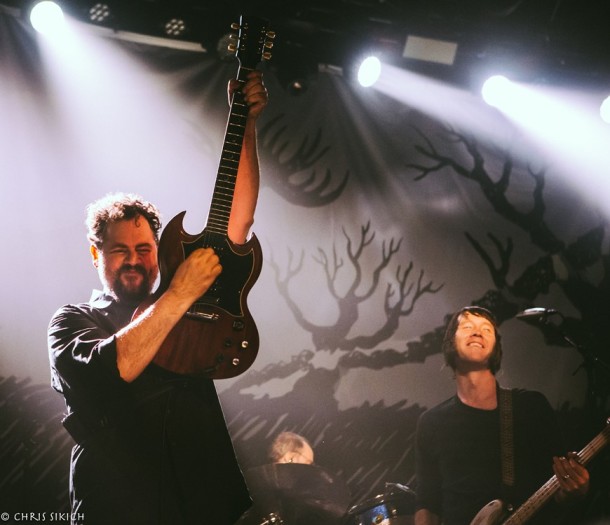 Patterson Hood, Mike Cooley, Brad Morgan, Jay Gonzalez and Matt Patton took the stage in darkness and then started into the brilliant “Surrender Under Protest.” So perfect for the evening, it set the pace. Hood was front and center and switched off lead-singing duties with Cooley. Crisscrossing lyrics and guitars, they are an incredible centerpiece duo. Morgan was the drumming machine we always rely on and Patton was the smiling bassist to add that extra bassline punch. The secret weapon is Gonzalez, playing a wicked guitar and keyboard, his key set-up with a “Black Lives Matter” banner beneath gorgeous art of a flag on a cross was profound.

Cooley spoke of how the KKK does not simply wear white hoods anymore, as they are driven by the big, black SUVs around the countryside. Hood spoke of how the week has been a “motherfucker” and he and Cooley subversively joked about drinking to white supremacy and how Gonzalez might now get deported. This is an artistic collective that is certainly feeling the effects of an election they so explicitly opposed, but their rock continued to inspire despite the times.

The profound racial injustice song “What It Means” was followed by the gorgeous “Ramon Casiano.” And the end of “Hell No, I Ain’t Happy” and the Jim Carroll cover “People Who Died,” complete with passing a bottle of alcohol around among the fans was the end of a blistering night. I cannot fathom what music response will come from them following the election, but it is certain that Drive-By Truckers will deliver insightful rock for years to come. Let’s just hope the U.S.A. lasts long enough to see more of their art.