Meet Their Fans at Stranger Con

New Jersey went to the upside down when the hit Netflix original series Stranger Things brought its cast to Secaucus this past weekend for Stranger Con. Partnering with Creation Entertainment, the convention was held at Meadowlands Expo Center May 4 and 5. 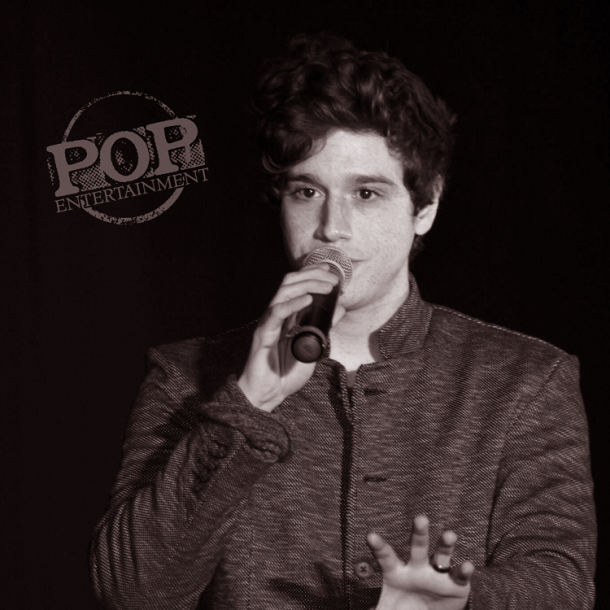 Chester Rushing at Stranger Con in Secaucus NJ on

I was only able to attend one of the days of the event, so I can’t speak for all the activities that took place on Saturday. However, since I was there on Sunday, I can relate my experiences with activities and guests that were available on the last day of the convention.

The time I spent at the event was great. However, I wish there were more activities for fans to occupy them while waiting for panels and meet and greets. There weren’t many vendors available, and only one table to get merchandise from the convention, which meant a lot of waiting in line.

Noah Schnapp at Stranger Con in Secaucus NJ on

Gold pass holders were given access to a half hour-long panel hosted by Millie Bobby Brown and Noah Schnapp around 11 am. Around 12 pm, all guests attending were able to view a welcome appearance and Q&A with Chester Rushing.

A lot of fans asked similar questions relating to the character he plays on the show, Tommy, who is a bully. They asked what it’s like trying to portray someone who is a bully on the show when he’s so nice in real life. His response to these questions were not what you would expect.

Rushing said, “I’ve dealt with a lot of different situations in my life, lived in many different countries. Beautiful places with some not-so-great people in it. Those people helped me form the darker parts of Tommy.”

Chester Rushing at Stranger Con in Secaucus NJ on May 5, 2019

He shared many positive statements with the audience about being true to themselves and to be happy. Something he repeated a lot during the time on stage was “stay awesome,” just promoting happiness. “You deserve to be happy,” Chester told a fan when they asked how he deals with hate, “Don’t let somebody else rob you of your dream.”

Soon after that, there was a private meet and greet featuring Noah and Millie. While that was going on, there was an auction held in the Expo Hall, where posters and banners from the convention were signed by guests and sold to winning bidders. They also had headshots autographed by the cast and other shows the company has hosted events for – like Riverdale and Supernatural. Some banners and posters went for over $400!

Chester Rushing and Noah Schnapp at Stranger Con in Secaucus NJ on May 5, 2019

After the auction, private meet and greets, and photo ops were over, Noah Schnapp came out into the expo hall theatre for a Q&A. The Q&A was a good opportunity for fans to ask Noah whatever they wanted.

However, it wasn’t open for just anyone to ask questions. There was a drawing of people who purchased tickets to have their names chosen prior to the Q&A to ask the guest a question. I feel like the Q&A, however, should’ve been open for all fans in the crowd. Maybe if it was done that way, it would’ve been even more enjoyable for the fans. This drawing was only done for Noah and Millie’s Q&A’s, not for Chester’s.

Noah walked out onto the theatre stage and began fielding questions. A fan asked what Noah would do if he was Millie for a day. He responded by joking, “I’d probably text Drake and all the famous people’s numbers she has. [Then] go for lunch with them and do something stupid to mess up her reputation.” 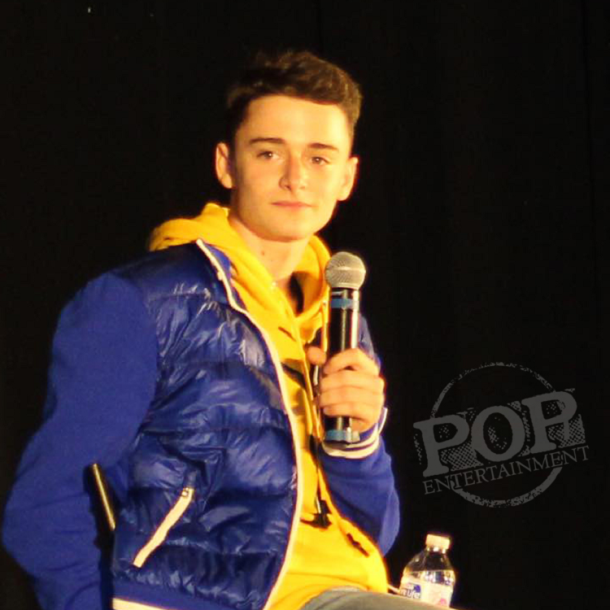 Noah Schnapp at Stranger Con in Secaucus NJ on May 5, 2019

Schnapp also mentioned his favorite episode of Stranger Things is season one, episode seven, when Millie’s character, Eleven, flips a van in a car chase. He also enjoyed filming the episode of season two when he screamed at the Shadow Monster to go away in a field because, “I love night shoots and we filmed at three in the morning.”

He even shared his most embarrassing childhood story from the first grade. “I sat at the same table as this girl I really liked and drew pictures of her on the table with a sharpie. The teacher came over and saw it and asked told me to get rid of it. The girl watched it happen. I was so embarrassed. It crushed me”. After about an hour and Chester Rushing then came out to announce Noah had to go so Millie could come out for her Q&A. Millie Bobby Brown then came out and began talking with her fans. Her positive, bubbly personality had fans in awe as soon as she spoke in the mic.

One of the first questions asked was, “Who is your favorite singer?” Before she answered the question seriously, she joked “Finn Wolfhard… no uhhh, Mike Posner.”

As another fan was asking a question, Millie thought Noah was going to jump out and scare her while she was on stage and she freaked out. Millie’s personality was so sweet, and it was clear that she cared about her fans’ questions. She was asked, “Besides Stranger Things, what’s your favorite show on Netflix?”

Millie said she had just finished watching the series You on the platform and asked about Riverdale. When she brought up Riverdale, the crowd started screaming excitedly. She went on to say she’s never seen it. However, she seems to admire Cole Sprouse.

“You know, I would just stare at Cole Sprouse’s face all day long. Isn’t is so beautiful?” That statement got a rouse out of all the teenage girls sitting in the audience. She then answered the question asked by saying “Friends is always a go-to show to watch on Netflix.”

After her Q&A panel was over, the audience sat in the theatre waiting for their numbered autograph tickets to be called. Millie’s autograph tickets were called first, followed by Noah’s. The lines took quite a long time to get through, however, fans were still so excited to be meeting the stars. Noah’s line went a little faster than Millie’s did, so fans were in and out of his line fairly quickly. Millie was seen hugging all the fans that went up to get their autograph from her.

Overall, Stranger Con was a great event to have experienced. I for one, love Stranger Things and was so ecstatic to see Creation Entertainment bring the cast to a local city allowing for fans to meet their favorite cast members. I would recommend checking out another Stranger Con in your area. Stranger Con is coming to Rosemont, IL on October 5-6, Dallas, TX on November 16-17, and Atlanta, GA on December 14-15. Guests for those dates are the same as Stranger Con Secaucus, NJ, but be sure to check the scheduling for photo op and autograph tickets!