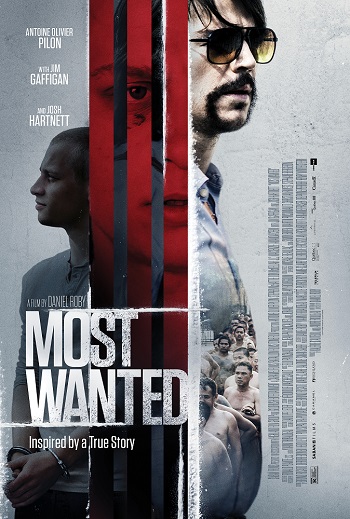 Sometimes when movies trumpet on the box or in the opening chyron that they are “inspired by a true story,” the filmmakers should take the time to ask themselves: Yes, this is a true story, but is it a story that needs to be told?

Take Most Wanted – the narrative of a small-town junkie who inadvertently gets mixed up in a true-life late-1980s Canadian drug sting targeting heroin reaching the country from Thailand.

It’s an interesting tale, but is it really one we have been waiting to see? It’s certainly not the most original movie storyline out there. And while it has quite a few extremely exciting sequences and some terrific acting – in particular comedian Jim Gaffigan playing way against type as a squirrely drug informant – Most Wanted has a bit of a been-there, done-that feel. It’s mostly good, but it all feels a bit too familiar.

Perhaps the biggest problem with Most Wanted lays in the protagonist, Daniel Léger (Antoine Olivier Pilon). Honestly, it’s a little hard to work up that much sympathy for the guy. He’s a small-time addict, a two-time loser who will do anything – and I mean anything – for money. We meet him as he is dashing off on an $7.50 gas bill. His own mother is too frightened and mistrustful to give him her credit card number.

Yes, he was entrapped in a situation of which he really wanted no part. Yes, the Canadian drug enforcement agents were overzealous, borderline incompetent, and perhaps even corrupt. Yes, he was in way over his head in this situation. No, he did not deserve to potentially die in a Thai jail.

Despite the horribly boring, cliched title (in the movie’s native Canada it was called the only marginally more interesting Target Number One), this film never captures the gravitas, the sense of significance the film is trying to convey. It feels more like a bunch of Keystone Kops trying to entrap a bunch of small-time grifters.

Again, is this a story that needed to be told?

Most Wanted has a bit of an odd, disjointed back-and-forth timeline that is somewhat hard to keep track of. The first time the audience realizes this is not happening in chronological order is when Hartnett goes to interview Pilon in a Thai jail well before we even realized that he had done the crime, much less was arrested.

If you are into this kind of action-packed crime drama, Most Wanted mostly delivers the goods. However, don’t be surprised if you feel like you’ve seen it all before.