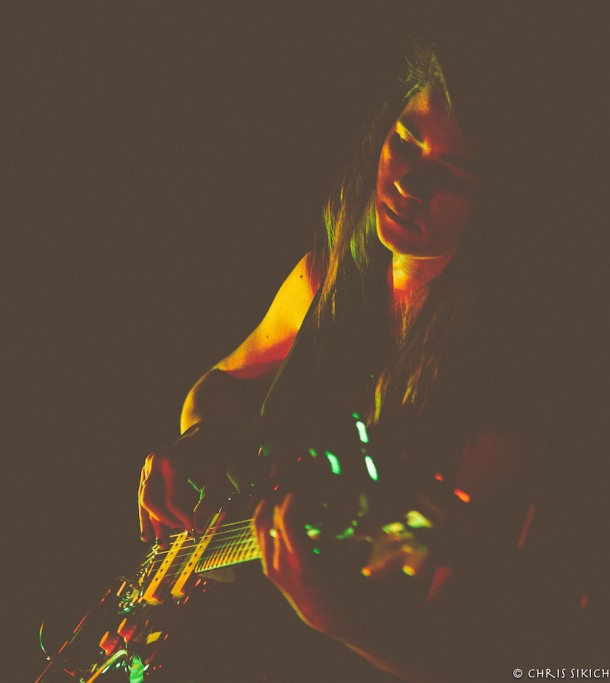 This past Saturday the awesome magazine She Shreds celebrated the release of its tenth issue of female-centric guitar and bass content with a solid show in Brooklyn at the Market Hotel. Headlined by one of our finest songwriters today, Lady Lamb, the four-performer bill was a brilliant way to celebrate one of music’s most vital publications. 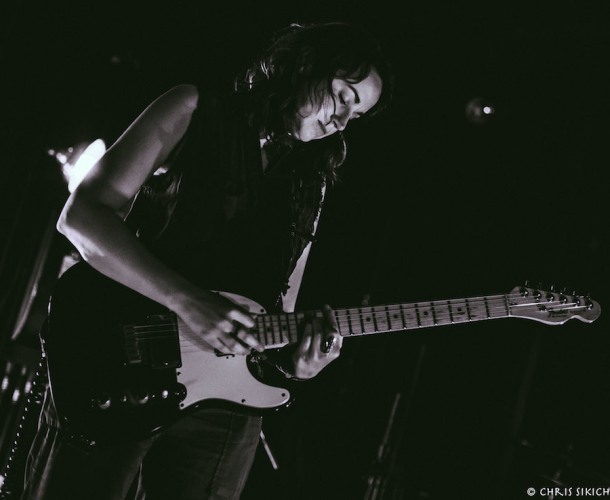 Holly Miranda kicked things off with a tight set of her potent rock. With everything from a cover of Bruce Springsteen’s “I’m On Fire” to a brand new song she is still working on, it was a great way to begin the night. 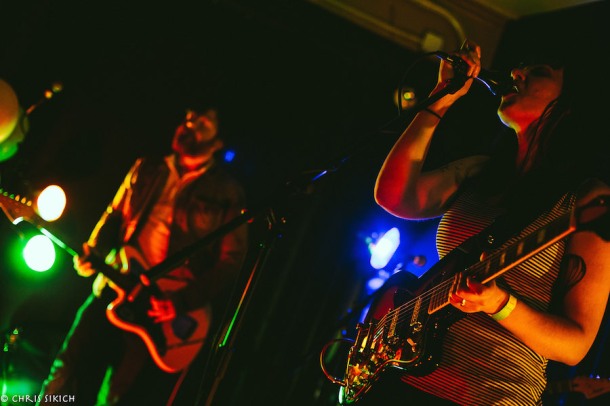 The Philly-and-Brooklyn-based Field Mouse was up next as the only full band of the night. Led by Rachel Browne’s vocals and guitar, the five piece delivered slices of fresh rock pie to be eaten in mostly quick bites, as they satisfyingly zoomed through their time, despite some technical issues. 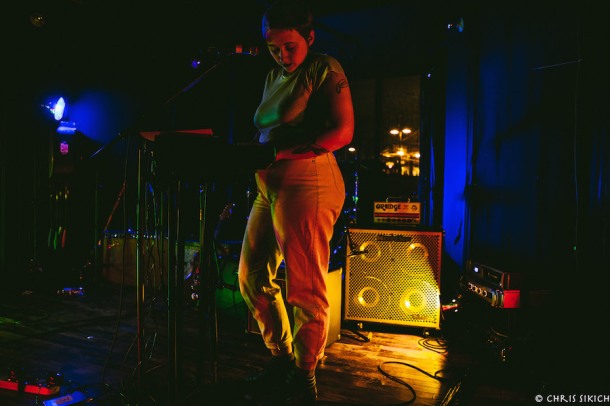 Allison Crutchfield of Swearin’ and Waxahatchee played a rare solo set. Dividing time between keyboard and guitar, she revealed works of a future release while delving into the past as well. And for a grand finale, Cynthia Schemmer and Field Mouse’s Rachel Browne joined her for a brilliant cover of Sleater-Kinney’s “Modern Girl.” 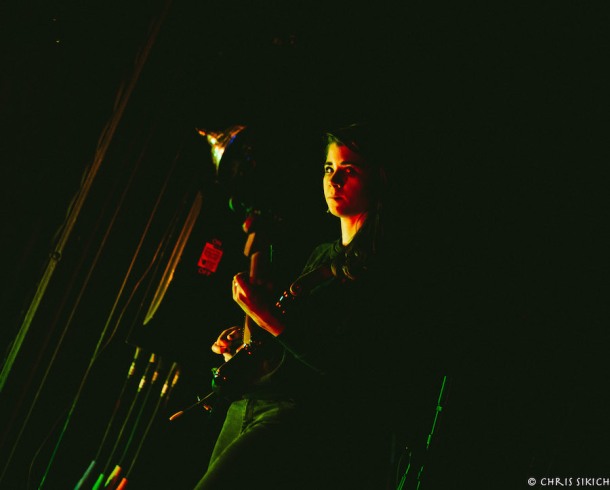 Three solid opening acts then gave way to the sheer force of Aly Spaltro, aka Lady Lamb. She began by turning out all the stage lights so only the artificial light from the window of the second floor of the venue that looks out onto an elevated train platform illuminated her. She then launched into a haunting “Up in the Rafters.” A voice that can go from sweet to anger in an instant and a guitar that can reveal the strife and drama of her song’s worlds, Lady Lamb demands attention from first note to last. 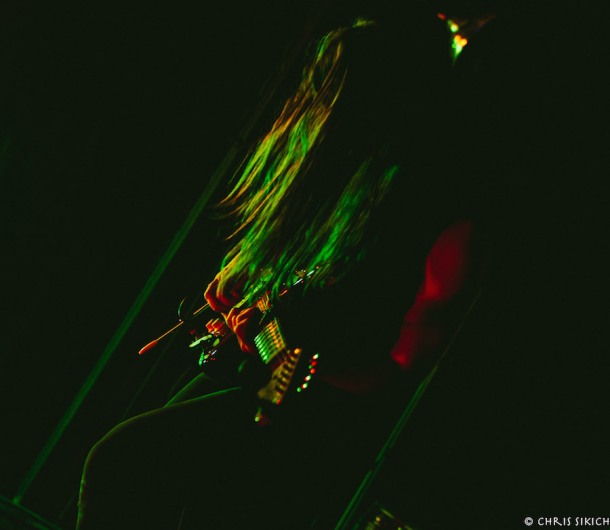 The packed venue filled up with her blues and exhaled with every shredding moment. She fed off of the energy and dared to question why anyone would be present and not sing along to the climactic masterstroke “Crane Your Neck”; the crowd certainly obliged, singing along to every brilliant line and chorus, ushering in the midnight hour of another glorious day of music to be covered by She Shreds and aurally illustrated by the like of Lady Lamb.