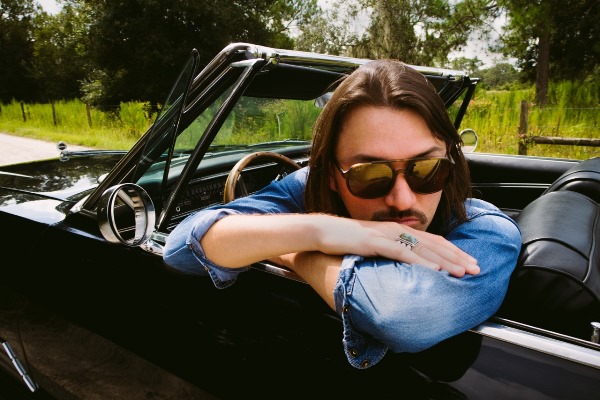 Genetics may not determine everything, but for rocker Duane Betts, it was a great place to start. As the son of veteran musician Dickey Betts, who had been a co-founder of the Allman Brothers Band and its main guitarist for many years, Duane might have had opportunities that most young musicians looking to build a catalog of music and career don’t automatically enjoy, his career hasn’t simply been a straight line to recording heaven.

Betts, you may ask? But he’s named Duane – as in Duane Allman – the late, legendary guitarist and co-founder of The Allman Brothers, the seminal southern rock band which established a benchmark for the blend between southern blues and country. Asked whether people confused him with either Duane Allman or his dad, he replied: “People don’t mistake me for either one. They tell me I look like my dad. They asked if I’m named after Duane Allman, I’ve been asked that a lot. And it’s true but I think I’ve become my own man.”

This younger Duane had divided his time between his own band (which is a thing of the past), a 2018-19 world tour as a guest with the Devon Allman Project, (assembled by the late Gregg Allman’s son) – where he plays both on his own and with Devon – and with dad Dickey with whom he reunited for a round of summer 2018 tour dates until dad was hospitalized in August with a mild stroke, from which he is recovering. Then, following a fall at his Sarasota home, Dickey was in critical yet stable condition at a Florida hospital where he successfully underwent surgery to relieve swelling on his brain. A statement posted on his website from Betts and his family said the “outpouring of support from all over the world has been overwhelming and amazing. We are so appreciative.”

To which Betts added, “I have been keeping an eye on my dad who is one tough guy. He will be fine, and we’ll tour again.”

That brings us to what’s happening now. “The new video is for a song called ‘Downtown Runaround,'” Betts says. “It’s a fun song, but it’s about trying to not fall into old temptations. I shot the video here in Sarasota – a little out in the country. We had a lot of fun making it.”

Referring to his own path, Betts noted, “I do think I gravitate towards what’s true to me, and the music I play is like that. I’ve grown as a man and as a musician and taken from different styles of music. I’m influenced by lots of musicians, but at a certain point…

“I love Radiohead, think they are one of the greatest bands in the world, but if I try to sing like Thom Yorke, that’s not who I am. I feel like I have to be true and organic to who I am.  I listen to ska, electronic music, Crystal Castles, but that isn’t what I do.

What he does is reflect his background just as much as does his dad and namesake Allman. A teenage Betts sat in regularly with The Allman Brothers Band, the Rock and Roll Hall of Fame inductees then led by father Dickey.

“I started out as a drummer and my mom and dad really encouraged me to play music,” Betts said. “[When I was little] My dad put a guitar in my hands. I remember thinking that it was way too difficult. I just wanted to bang on some drums. But, I played the guitar when I was about 13 and played that all night. At least with the guitar you can turn down the amp so it’s not as loud. My family was always encouraging me and all I wanted to do was play music.

“I’d wake up and couldn’t wait to play a record. It’s all I wanted to do. I’d learn stuff by ear and play to them. I come from a musical family and my father was a successful musician, but that’s my story. Someone else might have grown up in a poor household but… I didn’t grow up really rich, I lived in a middle-upper class neighborhood, not a sprawling mansion. But some people really have to fight, they get a guitar with four strings that doesn’t work. I was lucky, my first guitar was a pretty nice guitar.”

A Sarasota, Florida native, Betts has his roots firmly in South like his dad, mom and namesake Allman. As he said about his roots, “Sarasota is a really nice place to grow up. LA is a whole different thing. I love it, but it can be a pretty superficial place. My dad is from Florida and was always there. And my mom didn’t want to live in Georgia.

“My parents divorced when I was seven. With my dad and step-mom I was homeschooled from 13 to about 18. I was out on the road from ’89 to ’97. During the first few years of that, I was only on the road in the summer because I was still in school but starting in ’91 I was on the road for everything. I was on the road a lot.”

The younger Betts relocated to Southern California in the late ’90s, becoming a consummate musician gigging in such Malibu bands as Backbone69 and Whitestarr, sharing the stage with such luminaries as Jack Johnson and G. Love to Kid Rock and Phil Lesh. But after 15 years honing his craft in numerous bands, the LA-based guitarist, singer, and songwriter knew it was time to take all that he learned and make it his own. Following celebrated stints with folk-rock darlings Dawes, and with Jamtown – a quasi-supergroup featuring Love, Donovan Frankenreiter, and Cisco Adler – plus a near-decade stint with his dad Dickey Betts’ Great Southern, his post-Allman Brothers Band outfit, it was time for him to step out from the side and move to the center.

In order to do so, Betts released “Sketches of American Music,” his long-awaited recording debut. Enlisting respected songsmith Stoll Vaughan and veterans Steve Cropper (Booker T. & the M.G.’s) and Marc Ford (Black Crowes) for a production hand on sessions in Nashville and Los Angeles, Betts unveiled an inaugural EP sure to cement his place as a solo artist all his own.

“I could have made a perfect album, but I felt like I needed to get something out and not be so picky about it,” Betts explained. “Frankly, I got sick of people asking about it. It made sense that you had to have something out if I’m going on tour, so it made sense to have it out. I could have it out then just move on and do another one. When you’re in a band and just playing a guitar and a little singing it’s a different thing. When it’s under your name it’s on you.”

This time he not only played and sang, he wrote. The 40-year old explained the process: “If I’m writing a song I’m going to be happy, but you have to pull from your experiences. You don’t have to be sad while writing it. If I feel the spirit and say I think I have something here, I take advantage of it because writing a song is a hard thing to do. It’s one thing to come up with an idea, but to finish a good song by yourself, I’ve written some I’m proud of, and that’s really difficult.

“I’m by no means the greatest songwriter in the world but I’m getting better,” he continued. “They can be about a feeling and you use imagery and that could, in an emotion that you’re searching for, that can work too. Songs can be about a direct situation, they can be a little vague.

“The EP I did, I wrote with Stoll. Now I’ve been writing music with Devon Allman, we plan on doing a record together. We brought in my songwriting partner Stoll as a mediator and the three of us would toss ideas together. I think we wrote about a dozen songs on the road. The song I just wrote last week called ‘Searching for a Reason’ that I’m pretty proud of is pretty direct about what it’s about. I’m figuring it out as I go.”

It encompasses a lot of Duane’s musical influences and experiences. “American music. It’s country, it’s rhythm and blues. It’s basically country, blues and jazz. We’re proud of our music in America and I think it’s a cool title. Country is a broad category. A lot of the stuff in country is really cool. These two guys – Sturgill Simpson and Chris Stapleton who were on Saturday Night Live – were great. Ryan Adams and Jason Isbell are just two of the better songwriters out there of the last ten or twenty years. If you’re out there, I respect that. Even if it’s really commercial music, there’s a place for that. Nashville is a very diverse place right now, I dig it.”

That begs the question — what albums were inspirational? “There were a lot,” Betts replied. “There was a bluegrass string record that I loved when I was 16 or 17. It was Doc Watson, Tony Rice, and Norma Blake all together on one record. Another record was BB King Live at the Regal and John Coltrane’s My Favorite Things.”

“People like Warren Haynes, Allen Woody, and my father, first and foremost, those people really helped me on the road when I was growing up. That’s what I was asking Warren about, blues and jazz. I’d ask Warren to write down lists of the essential jazz and blues artists. He helped me out a lot. You learn a lot along the way.

“There’s a lot of room and places to grow as far as bringing different instrumentation in and being with bigger bands. I was just in Morocco in Marrakech, listening to Gnawa music and I was influenced by that. I always keep my ears open, I love music from around the world. I like how music is interpreted differently by people around the world. What sounds weird to us can sound completely normal to others.

“I played in a lot of different bands but never sang until I was in my late 30s. I did a lot of work. I played with Dawes as a touring guitarist and I played with my dad’s band, Great Southern. Sometimes when my dad gets into a rhythm he’s just on. It’s a pretty amazing thing to be on stage with my dad when that happens. There’s a lot of great players out there and it’s fun when people are having fun. It’s not meant to be a struggle. If I could jam with anyone to have fun, it’d be Keith Richards. Play some Chuck Berry with him.”