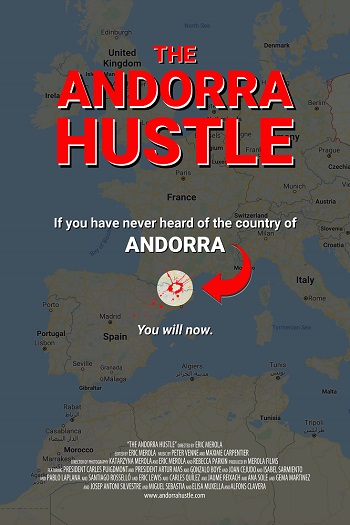 I’m not going to lie, before this movie I had never heard of the small European country of Andorra, which is nestled snugly between the Spain and France. In fact, the reason this movie’s title caught my eye is because in my hometown of Philadelphia, there is a neighborhood named Andorra, and I thought the movie may have to do with that little section of the city. (Turns out that Philadelphia’s Andorra was originally named after the European country because it was felt to look similar. Who knew?)

Andorra is one of those tiny countries that are barely a presence in Europe, much like the higher-profiled Monaco. It is a country that is not even the size of a large city. To give you a good idea of how small a country Andorra is, the country has a population of less than 80,000 people, which is just over double the population of the neighborhood for which I first mistook it. As far as land mass, Andorra the country has 180.7 square miles, which is significantly smaller than Los Angeles, New York, Chicago and San Francisco – and only 30-some miles more than Philadelphia.

It is also a country that has had something of a checkered past. Much of its wealth is based on items stolen from Jewish refugees fleeing the Nazis during World War II.

The Andorra Hustle is a look at one of the biggest banks in the country – Banca Privada d’Andorra (BPA) – being taken down a few years ago in what appears to be a massively corrupt diplomatic maneuver by Spain and the US to prevent the Catalonian section of Spain from seceding and becoming their own country.

BPA had nothing specific to do with Catalonia – in fact only one of three major Catalonian figures the international forces were trying to frame were even clients of the bank – nonetheless the bank was put into a Faustian hellscape of unfair regulation. The bank was destroyed, and the principals of the bank were all ruined and threatened with jail – all in ways that were illegal, and possibly immoral.

The film sometimes gets deep in the weeds of financial law and international diplomacy, making it occasionally a bit difficult for laymen to keep track of what is going on.

However, the whole of the story itself makes for an astonishing look at corruption and authoritarianism. The Andorra Hustle is an important cry in the dark of a world in which legal fairness and empathy is becoming scarily fragile.